Segheryoun: Assignment of Universities’ Vice-Chancellors According to Revolutionary Legitimacy 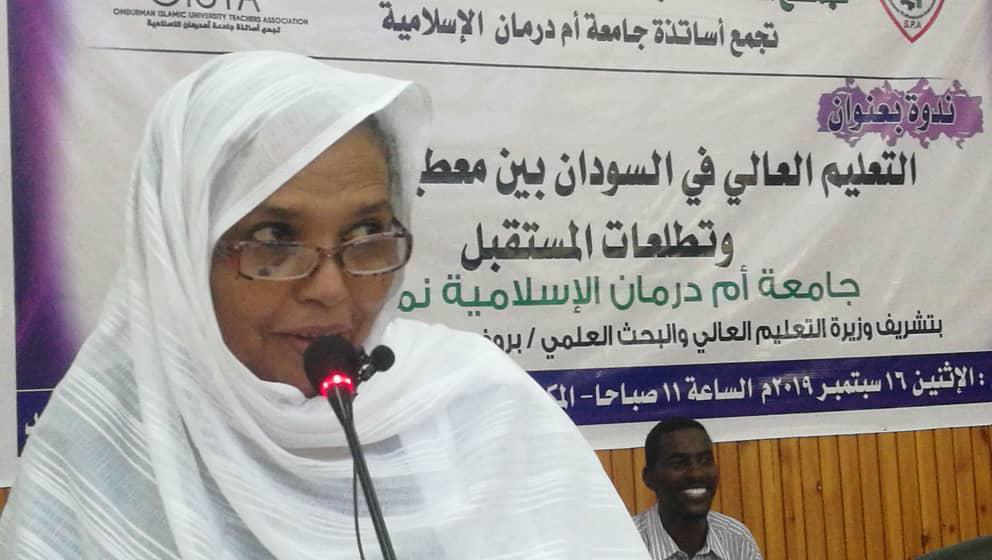 Khartoum, Aug. 17 (SUNA) The Minister of Higher Education and Scientific Research, Prof. Intisar Segheryoun al- Zain, has given directives to the government’s universities to open the universities in the first week of next October in implementation to the recently issued decision of the Council of Ministers.

During her address to the symposium of the (Higher education in Sudan datum of reality and future aspirations: Omdurman Islamic University as a model) organized by the lectures of the university at al- Fetihab, the minister has stressed that the ministry will tour the students' boarding to make sure their readiness for receiving the students.

The minister has affirmed that the order for the assigning of new universities’ vice-chancellors  will be issued in accordance with the revolutionary legitimacy, noting that she has recommended the dismissal of the current universities’ directors, their deputies and the chair persons of their boards, and submitted to the Prime Minister, she expected the decision to be issued within two days.

She explained that one of the most important tasks of the universities vice-chancellors  during the assignment period is to form a university guard, dissolve the jihadist units, the removal of the faculties’ deans, and the preparation of the laws and regulations and the arrangement for the elections of university vice-chancellors .