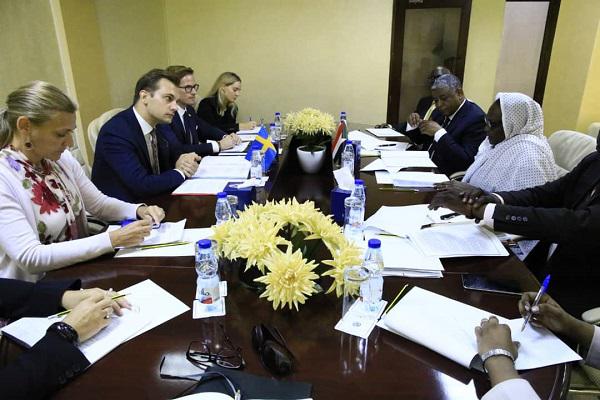 The meeting has also reviewed the international assistances to Sudan, the priorities of the transitional government, top of which, the economic challenges facing the country and the necessity for the development aid, instead of, extending the humanitarian aid.

The minister called on Sweden to the support the efforts aimed at lifting Sudan’s name from the list of the countries sponsoring terrorism.

The Foreign Minister has affirmed the government keennessto protect and strengthen the hman rights and the rule of law, the participation of woman and holding of a fair and transparent elections in the end of the transitional period.

Meanwhile, the Swedish diplomat has lauded the commitments extended by the transitional government to realize the democratic transition, expressing his country’s readiness to be a reliable partner to Sudan and to contribute to strengthening Sudan-EU relations.