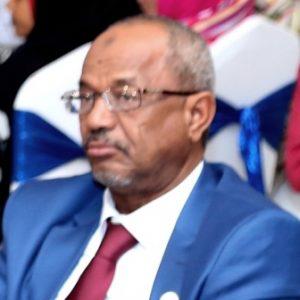 Khartoum, Sept.21 (SUNA) – The Undersecetary of the Ministry of Culture and Information, Ustaz, Abdulla Jadalla has affirmed the commitment of the civilian-led government to support a comprehensive and just peace in the country.

adalla addressing a press conference organized, Saturday, at the ministry, by the People’s Initiative for Supporting Peaceful co-existence in Sudan, has utlined that the government approved ten prioritie as action program for the coming period, top of which, the realization of peace in the country.

He referred to the efforts exerted by the Sovereignty Council delegation chaired byLit.General, Mohammad Hamdan Daglo in reaching Agreement of Principles with the armed movements, besides, the visit of the Prime Minister, Dr.Abdulla Hamdouk to Juba, and his meetings with the leaderships of the armed movements.

He lauded the initiative efforts, which aim at strengthening peace culture, pointing to the great role being played by the organizations of civil society in this connection.