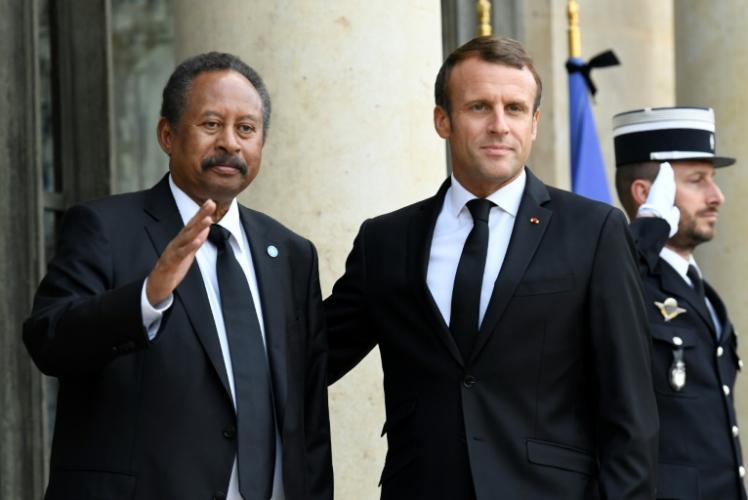 Paris, Sep. 30 (SUNA) - Prime Minister, Dr. Abdalla Hamdok, has praised France efforts to help achieving peace in Sudan, pointing to its initiative to organize a meeting with Abdul-Wahid Mohamed Nur, the leader of the Sudan Liberation Army in Paris.

At a joint press conference with the President of France, Emanuel Macron, Dr. Hamdok said that the organization of this meeting affirms the French government's keenness to achieve peace in Sudan and its support for security and stability in the country, praising France hosting of many Sudanese refugees, asserting Sudan government endeavor to provide convenient atmosphere for these refugees and to absorb their energies for the building of the new Sudan.

The Prime Minister stressed that the change that took place in Sudan is a real and profound one that will lead to the desired democratic transformation and will restore Sudan to its leading position in regional and international forums.

He called on France to help removing Sudan from the list of countries sponsoring terrorism, affirming that the people of Sudan have never been associated with terrorism, but it was the deposed regime that was linked with terrorism.

The prime minister appealed to French companies to invest in Sudan, especially that they have absent from Sudan for a long time because of the policies of the former regime.