President of France: Sudanese Revolution is Similar to French Revolution 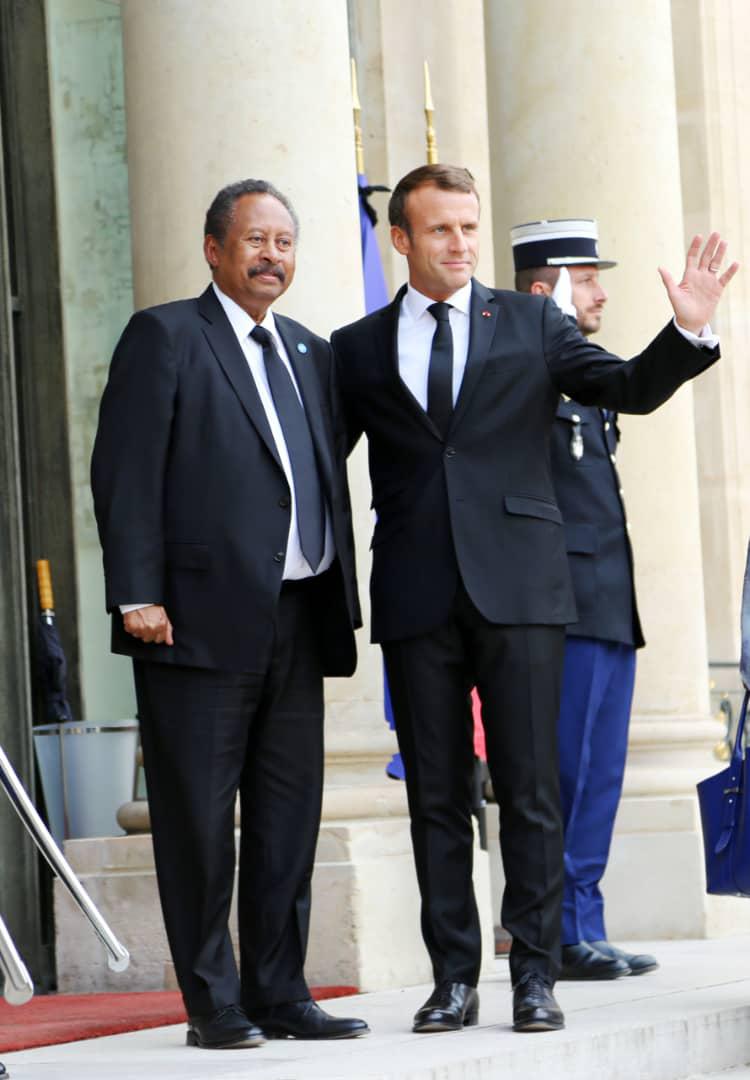 Paris, Sep. 30 (SUNA) – The President of France, Emanuel Macron, has thanked the Prime Minister, Dr. Abdalla Hamdok, for his response to the invitation to visit France and his participation in the funeral of the former France President, Jacques Chirac.

At a joint press conference with the visiting Prime Minister, Dr. Abdalla Hamdok, President Macron commended the Sudanese revolution and described it as similar to France Revolution in terms of demands.

He lauded the Sudanese youth courage in resisting the ousted regime and achieving victory for the Sudanese will.

President Macron stressed that the Sudanese December revolution will pose a source of inspiration to the entire world, indicating that his admiration of the Sudanese revolution has motivated his to speak about it before the recent UN General Assembly’s 74th session.

The French President said that his country has supported the African – Ethiopian mediation’s efforts until it achieved success and the signing of the constitutional document.

He revealed that he maintained contacts with the Ethiopian Prime Minister and the Chairperson of the African Union Commission to help in the formation of the transitional power institutions and structures in Sudan.

He appreciated the wisdom shown by the Sudanese political leaders in overcoming the political challenges and forming a civilian government that expresses the Sudanese revolution’s goals.

President Macron said that the Sudanese people deserve to live in security and peace, affirming the readiness of his country to help removing Sudan from the list of states sponsoring terrorism and rescheduling Sudan external debts within the Heavily Indebted Poor Countries Initiative.