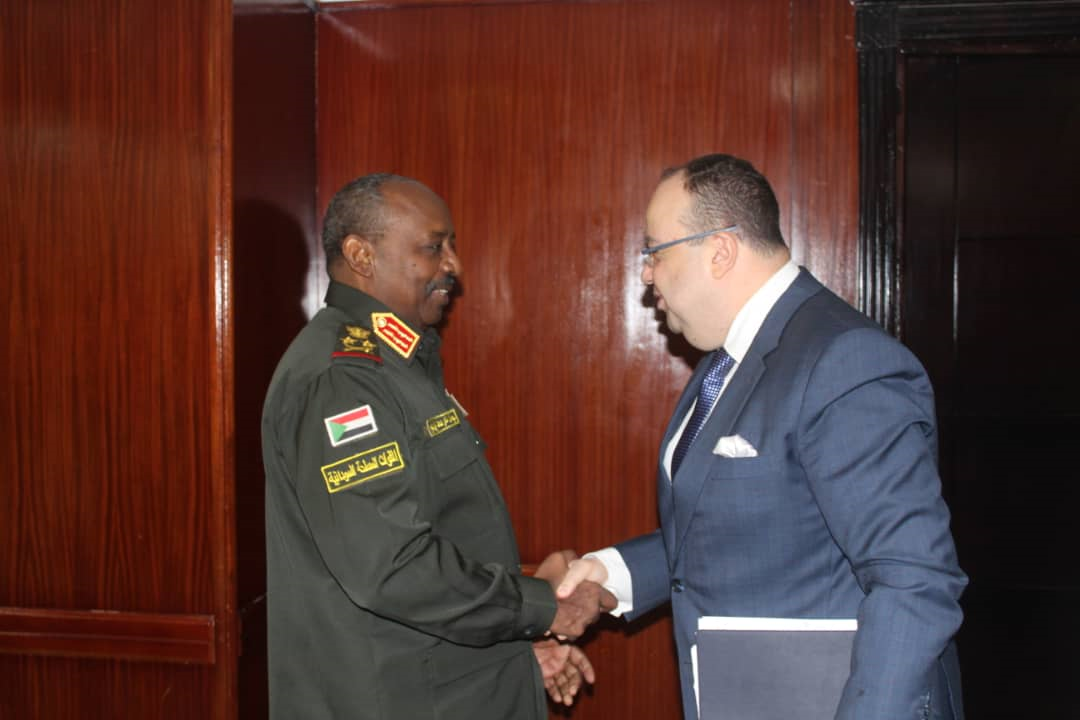 Khartoum, Oct.8 (SUNA) - The Minister of Defence, Lt. Gen. Jamal-Eddin Omer Mohamed, has affirmed firmness of the Sudanese - Egyptian relations, saying the relations between the two countries are now at their best state and provide a model for the good neighborliness which is to be followed by other states in the region.

This came during his meeting at his office Tuesday with the Egyptian Ambassador to Sudan, Hussam Issa, and Egyptian Military Attaché, Col. Ahmed Mustafa Al-Shazali, who extended congratulations to Lt. Gen. Jamal-Eddin on his assuming to the Minister of Defence position.

The minister expressed congratulations to the President, government and people of Egypt on anniversary of October victory,  commending Egypt’ stand alongside Sudan during  democratic transformation period.

He called for  further coordination and joint efforts to serve the common interests, particularly regarding the joint military cooperation for securing the borders, combating terrorism, removing Sudan from the terrorism list, supporting Sudan’s peace issues.

The Egyptian Ambassador has asserted the readiness of his country to coordinate work with Sudan in all fields, while as the Egyptian Military Attaché underscored the full commitment of the Egyptian side to implementation of all the military agreements and protocols that were signed between the two countries as well as expanding  scopes of joint cooperation.