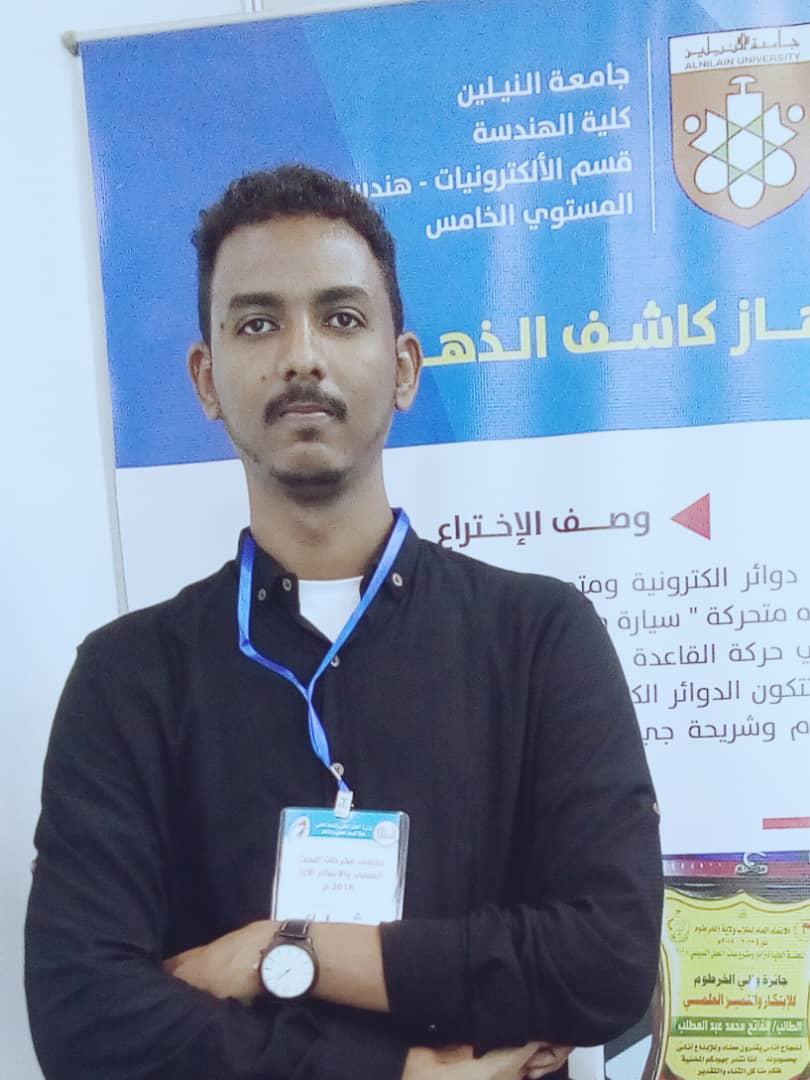 Khartoum, October 10 (SUNA) - The young inventor Engineer Al-Fatih Mohamed Abdul-Muttallab has said that his Gold Detector Device invention, if it finds the care and responsiveness of the officials to manufacture it commercially, would greatly help in the mining of gold and other minerals in Sudan without the use of mercury. Engineer Abdul-Mutallab received several awards and was honored from several parties in Sudan for inventing a Gold Detector Device that works with high specifications and provides safety and security.  The young inventor stressed that his invention would contribute to solving the problems of traditional mining without the use of mercury and cyanide, pointing out that if it finds welfare and concern, Sudan will become one of the first countries in the world that developed mining from traditional to modern, reiterating his appeal to the state to pay attention to young innovators and support them to contribute to the development and progress of the country. He also appealed to the Council of Ministers to support and care for him personally and provide more training sessions for him in the fields of electronic engineering, especially the field of (satellite-sensitive linkage) in one of the countries that have expertise in this field such as America, Malaysia and Turkey for the further development of his invention. Engineer Abdul-Mutallab unveiled that the Gold Detector Device was characterized by sensitive and sophisticated specifications, adding that it can be installed on a car or motorcycle and conduct a search on a large area of the ground. He added that the device could also be installed on a small solar-powered children's stroller that is guided by a remote control that sends an alarm when it detects the precious metal if you want to search a small area of the earth. The inventor Engineer Al-Fatih Mohamed Abdul-Mutallab descends from Gezira State, Al-Kamleen Locality. He graduated at Al-Nilein University and specialized in Electronic Engineering. He is 23 years old. SUNA is to inform that the invention has been officially registered after it has been tested and succeeded by specialists, and now it is waiting for a sponsor to manufacture it commercially to be available in the market. It is worth mentioning that the Council of Ministers instructed, in its regular meeting Wednesday under the chairmanship of the Prime Minister Dr. Abdullah Hamdouk, halting of the use of mercury and cyanide in mining operations immediately, directing amendments of the agreement with the companies working in the field of mining to allocate a percentage of its profits to the development of local communities as well as the establishment development funds in mining areas. BH/BH