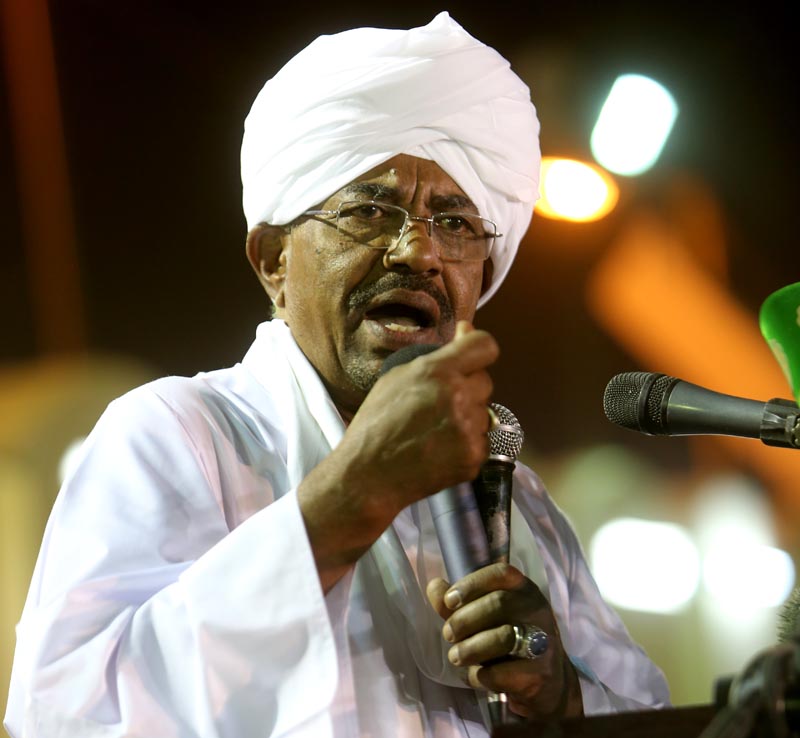 Obied, Mar.7(SUNA)-President of the Republic, Field Marshal Omer Al-Bashir launched in the beginning of his visit to North Kordofan State Wednesday the wheat harvesting at National Agricultural Development Company(NADEC)'s Agricultural Scheme and inaugurated the fourth sector of Exports Highway Omduran -Bara in presence of Governor of North Kordofan State, Ahmed Haroun and Ministries of Presidency of the Republic, Agriculture, Animal Resources and Transport and Roads. The Investment and Industry General Commissioner in North Kordofan State, Engineer Al-Nur Awadal-karim said in a statement to SUNA that NADEC scheme was the first experiment for cultivation of wheat in North Kordofan and has achieved success. He added the average of production was 30 bags for feddan. Engineer Awadal-Karim further added that potatoes , soybeans , fodder, palm trees and alfalfa are also cultivated in the scheme, affirming that the project uses up-to-date technologies. SUNA noted that the NADEC's 60,000 feddan -Agricultural Scheme, which is located in Jabrat-Al-Sheikh Locality , North Kordofan State , is held by the Saudi National Agricultural Development Company as the Government of Sudan holds 20% of its shares. Sa/sa