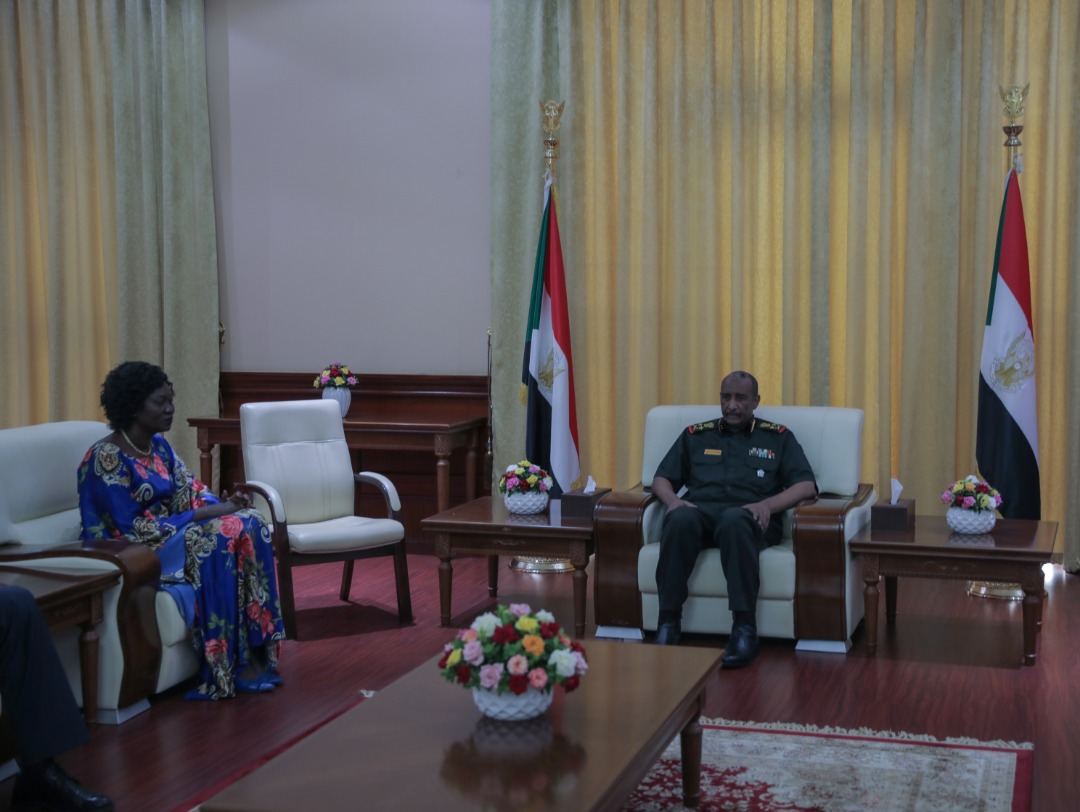 Khartoum, Oct. 17 (SUNA) – Chairman of the Transitional Sovereignty Council, Lt. Gen. Abdaul-Fattah Al-Burhan, has got acquainted with progress of the current peace negotiations in Juba between the delegations of the government and the People’s Movement – North Sector, lauding the role of South Sudan government in narrowing the differences between the Sudanese parties for achieving peace in Sudan and its support for removing Sudan from the list of states sponsoring terrorism.

This came through a written message he received from the President of South Sudan State, Salva Kiir, which was handed to him by South Sudan Foreign Minister, Awut Deng.

Lt. Gen. Al-Burhan affirmed Sudan's keenness to provide every possible support to bring peace and to reach a comprehensive peace agreement through which the Sudanese people will enjoy security and stability.

He was also briefed on the implementation of the peace agreement signed recently in Khartoum between the parties of South Sudan, stressing that peace in South Sudan is peace in Sudan.

South Sudan’s Foreign Minister thanked the Chairman of the Transitional Sovereignty Council and the Government for the great confidence they had placed on the government of South Sudan to work for achieving peace in Sudan through the Juba negotiations.

She said in a press statement after the meeting that the government of South Sudan State is working hard to bring peace to Sudan and to help removing its name from the list of state sponsors of terrorism.

She thanked the Chairman of the Transitional Sovereignty Council for his concern and keenness to follow up implementation of the border agreements, the economic cooperation and formation of the government of South Sudan scheduled after three weeks from now, stressing that Sudan and South Sudan are one people in two countries with long-standing relations.