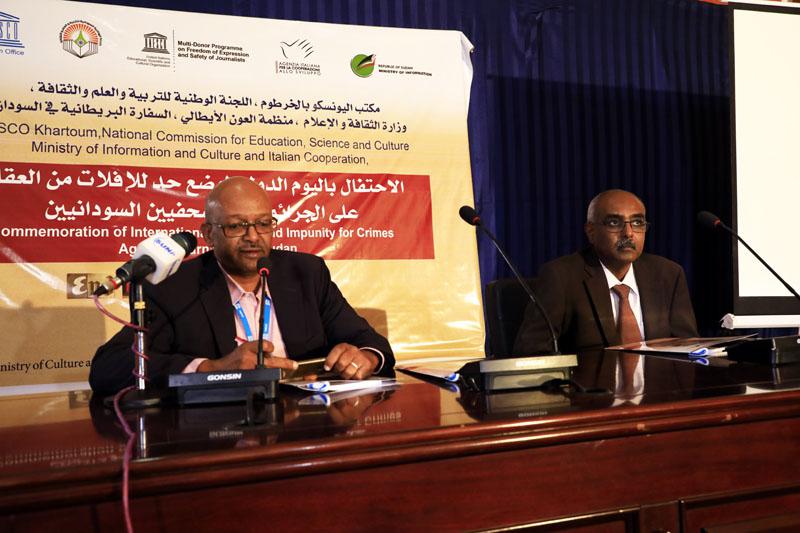 Khartoum, Nov.6(SUNA)-Representative of UNESCO Khartoum Office , Dr Ayman Badri  noted  while he addressing   celebration  held at Ministry of Culture and Information Wednesday  on International Day  to End Impunity  for Crimes Against Journalists  that  the statistics  of crimes  against  journalist were alarming.

He revealed that 881 journalists have been killed over the last ten years, 44 in this  year  and nine percent of crimes  committed against journalists  in the year 2019 escaped penalty.

Dr Ayman   indicated launching a plan  this  year  on protection and   safety of journalists , saying UNESCO is working  on necessity  of punishment  of those who  commit  crimes against  journalists.

He  said  there was a trend  for establishment  of national mechanisms for preserving rights  of journalists  in Sudan.

The UNESCO representative affirmed importance of strengthening legal cooperation with authorities concerned with protection of journalists.

He pointed out   that International Day  to  End Impunity  for Crimes Against  Journalists  this year  under the  theme “KeepTruthAlive”.