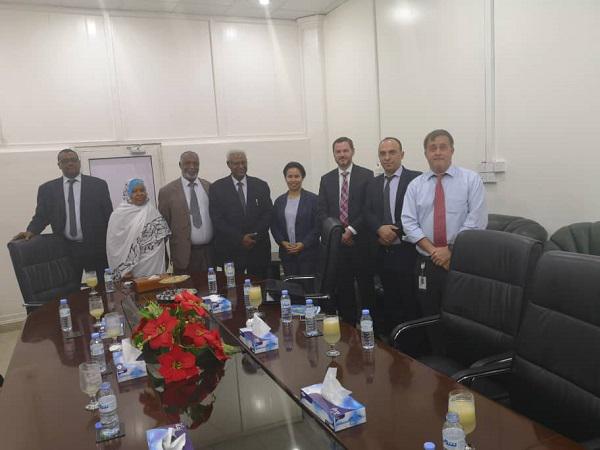 Khartoum, Nov. 7 (SUNA) – The Attorney General, Tajal-Sir Ali Al-Hibir, Thursday met with the visiting delegation of the World Bank and assured the delegation that Sudan has ratified the United Nations Convention against Corruption, and that there are serious steps underway to review the revise legislations in order to comply with Sudan conventional obligations, especially that there is a draft law for the combat of corruption and recovery of public money, as stipulated in the constitutional document, which included the establishment of an Anti-Corruption and Public Money Recovery Commission.

The Attorney General said that he met lately with the Chairman of the Sovereignty Council and the Minister of Justice and discussed a number of issues, including the draft law to combat corruption and the recovery of public funds.

He explained that the Public Prosecution has departments and prosecutions specialized in combating corruption, carrying out investigation in financial, money laundering and customs offenses, and tax evasion, adding that his office is conducting investigations in corruption practices relating to lands, public sector, referring to ongoing efforts to review reports of the Public Auditor on the violations against money.

The Attorney General also affirmed that there is a committee working in the Ministry of Finance to amend all regulations related to financial laws, such as taxes and customs and settlement procedures that are made.

He said there is an urgent need for technical support and capacity building for prosecutors and other relevant agencies in the area of anti-corruption investigations, money laundering and other related issues.