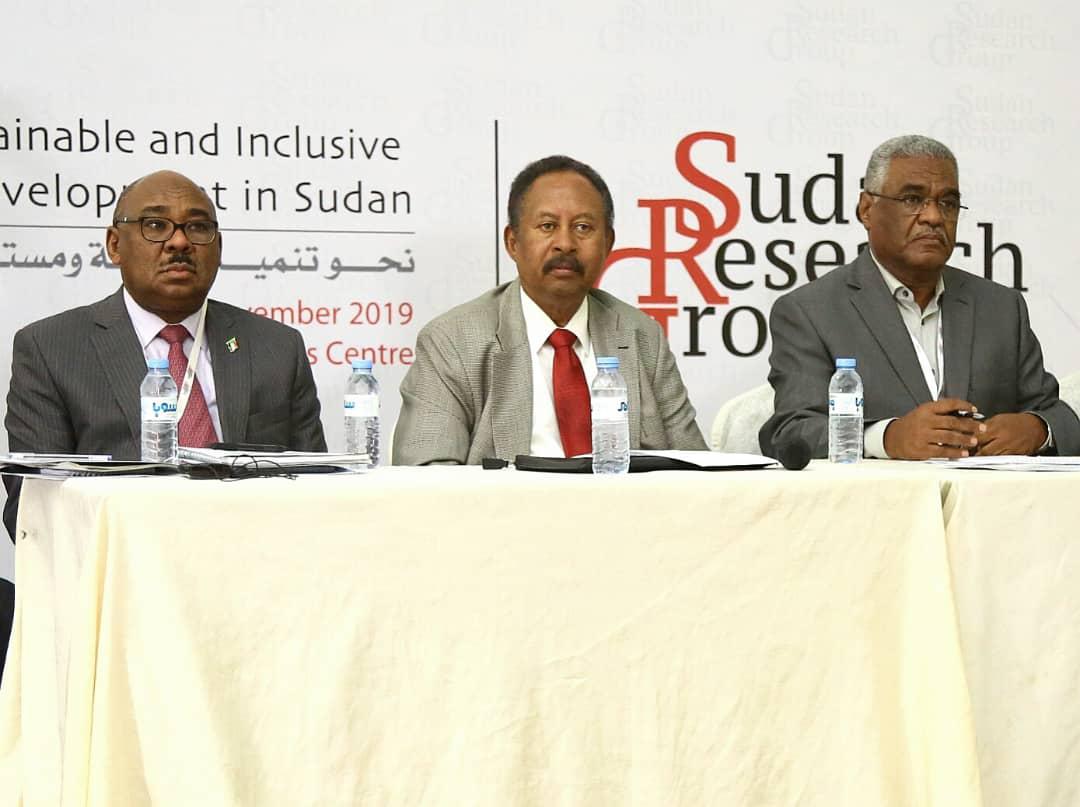 Khartoum, Nov.17 (SUNA) - Transitional Prime Minister, Abdulla Hamdouk has described as a challenge the issue of lifting Sudan’s name from the list of the states Washington considers sponsors of international terrorism

Hamdouk who was addressing the inaugural session of the Conference on Sustainable and Inclusive Development in Sudan, organized by the Sudan Research Group, has outlined that his government relies on scientific research as pillar for leading development. He cited the case of the “Asian Tigers” who have achieved economic leaps thanks to their reliance on science and research.

The prime minister has expressed admiration for the experience of South Korea, which based its economic renaissance on scientific research, calling for strengthening the role of young people and securing employment for them in all areas.

‘’The completion of the democratic transformation via holding the Constitutional Conference and holding of the elections after the elapse of the transitional stage is yet another challenge facing us’’ He affirmed.

Concerning subsides; Hamdouk said a comprehensive and deep dialogue should be held in this connection so as reach a solution that satisfies all the Sudanese people