Darfur Calls on US to support peace and Reconciliations 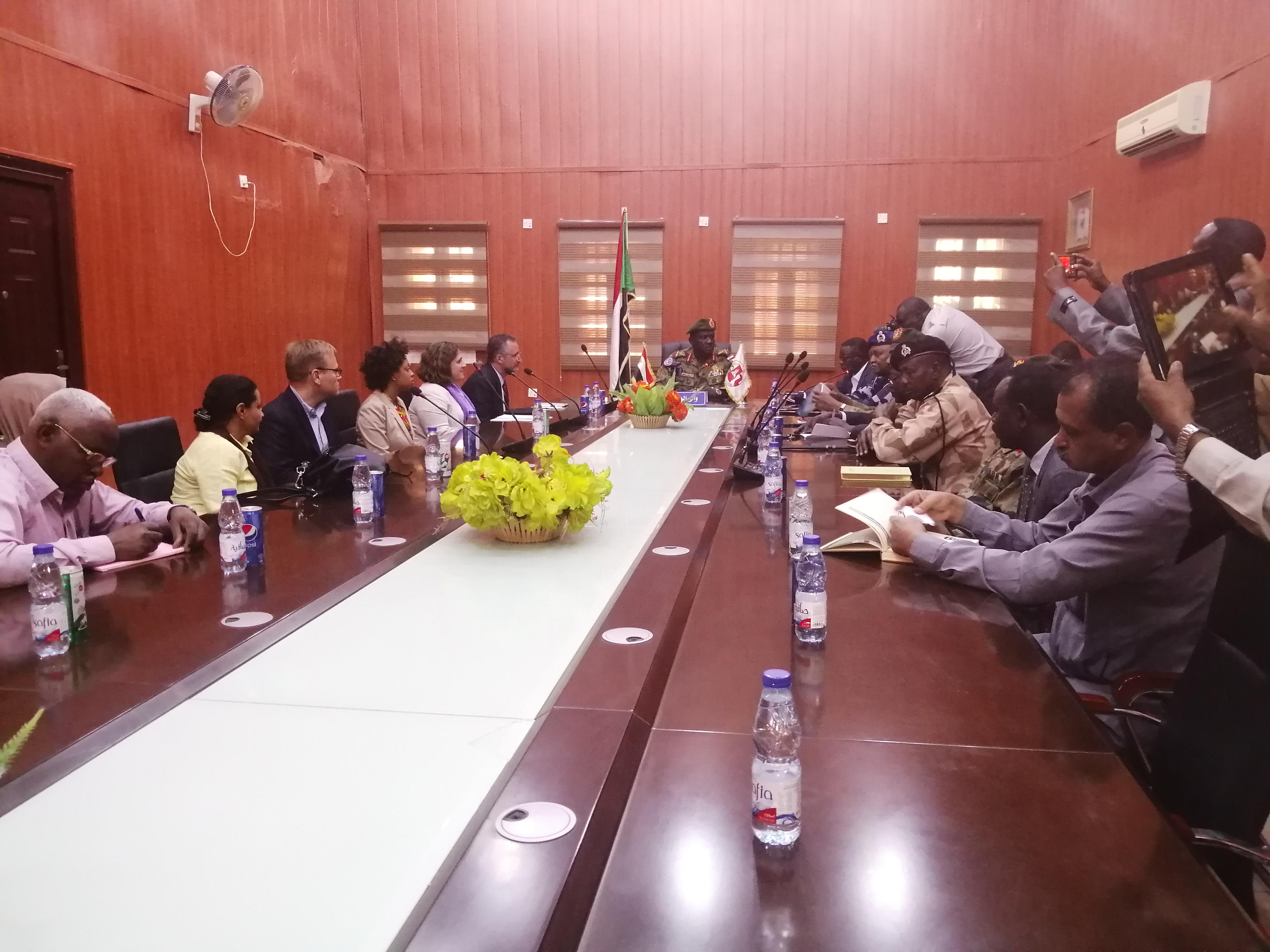 Al-Fasher, Nov.19 (SUNA) – The Wali (governor) of North Darfur State, General, Malik Al-Tayeb Khojali has called on the US to support his government efforts to complete the social reconciliations and peace efforts in the country.

This came during the briefing, he delivered, Tuesday, in his office at the state government headquarters in El- Fasher to the US Chargé d'Affaires in Khartoum Brian Shukan, who is currently on a visit to the state, , in the presence of members of the State Security Committee.

The Governor briefed the US diplomat and the accompanied delegation on the overall political, security and humanitarian situations in the state following the recentpolitical developments in the country and the advent of the Revolution.

He affirmed that the state witneses stability at internal level and with the neighboring countries, thanks to the efforts being exerted by all the regular forces, especially, the Rapid Support Forces.

He outlined that the political change has contributed to strengthening stability of the security situation in the state which is considered the best since the breaking out of war in 2003.

General Khojali has expressed the appreciation of the Suanese people and government over the efforts being extended by the US, via its partners including the UN and international organizations concerning extending the humanitarian assistances for the displaced.