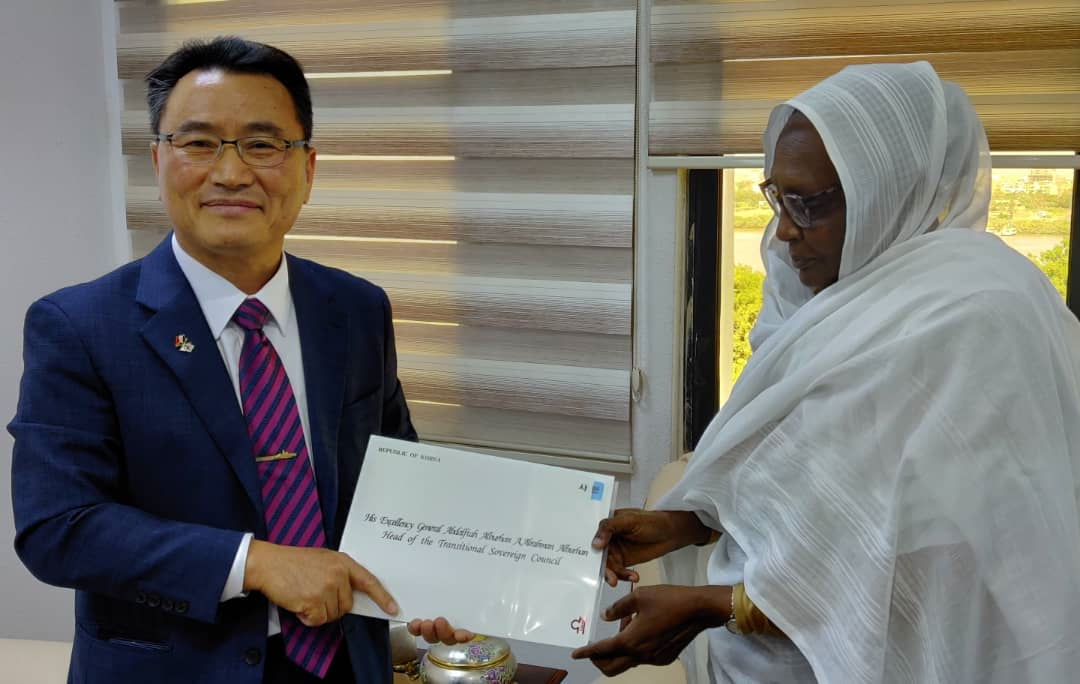 Khartoum Dec. 1 (SUNA)- Foreign Minister (FM) Isma Mohamed Abdallah received Sunday at her office in the ministry a copy of the credentials of lei Yang Guiyang as a credited ambassador for South Korea to Sudan.

The ambassador expressed pleasure for being selected as an ambassador for his country to Sudan saying he would spare no efforts to strengthen relations between the two countries.

He adds that they intended to open means of cooperation in various aspects particularly offering 30 training chances to train officials working with government.

Later on he said they would also offer training chances for empowering women in recognition for their big role in making the positive change in Sudan.

For her part the foreign minister praised the relations between the two countries saying her ministry is looking forward to promote bilateral relations and she thanks South Korea for availing training chances for women.

The minister hopes good say for the ambassador during its term   as ambassador of his country in Sudan.