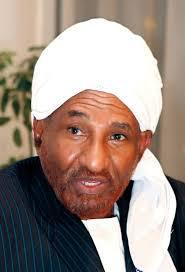 Kosti, Dec.5 (SUNA) The Head of the National Umma Party and Imam of Al-Ansar, Al-Sadig Al-Mahd, on Friday afternoon, will address a mass rally of Ansar and supporters of the party in Gezira Abba.

The visit of Imam Sadiq al-Mahdi is of particular importance to the party's rules in the state, as the White Nile is the state from which the Mahdist revolution began. He pointed out that the visit comes within the general mobilization led by the Umma Party after the advent of the December Revolution and strengthening the transitional government.