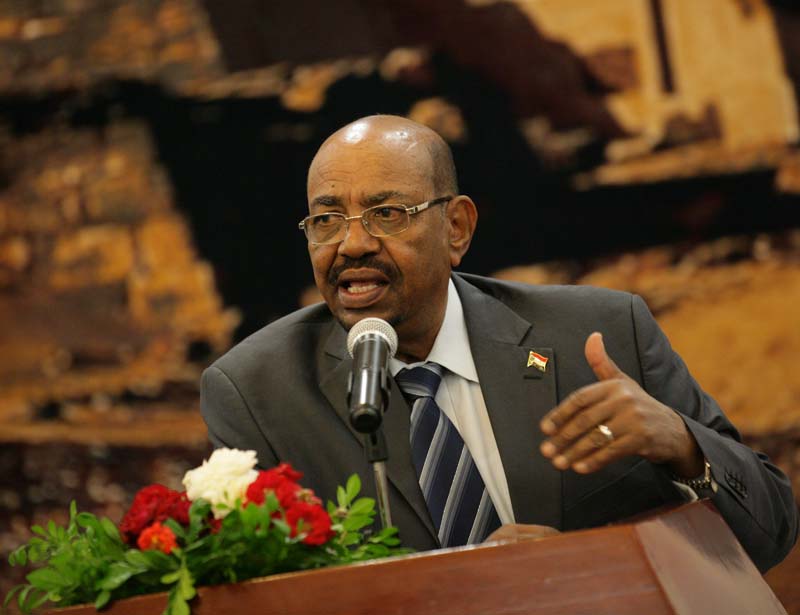 Khartoum, Feb. 5 (SUNA) - President of the Republic Field Marshal Omar al-Bashir has given directives on resumption of border trade with all neighboring countries to shut all the smuggling gates of Sudanese goods and products across the border. President al-Bashir gave, during his presiding over the meeting of the committee on the control of the exchange rate at the Republican Palace Monday in the presence of First Vice-President of the Republic and National Prime Minister Bakri Hassan Saleh, a package of directives on controlling the exchange rate and combating smuggling of gold and other products. The Trade Minister Hatem al-Sir announced, in statements to the press after the meeting, that a forum gathering the state governors would be held during this month to discuss how to regulate border trade with neighboring countries. The minister added that the meeting also directed combating of the monopoly of goods in the markets and opening of windows for direct sale to the public as well as the expansion in the reduced sales markets for citizens. "The meeting directed tightening on the gold markets by increasing the members of the mineral police and providing them with all work aids to prevent and control all attempts to smuggle gold," said Hashem Ali Salem, the Minister of Minerals, referring to the improvement in the percentage of gold purchased through the Central Bank of Sudan which reached 60 percent. For his part, the State Minister at the Ministry of Finance and Economic Planning, Dr. Abdul-Rahman Dirar revealed that the government was in the process of making amendments to the Customs Law authorize the confiscation of all goods smuggled and means of smuggling. He added that the meeting stressed the importance of taking precautionary measures to prevent speculation in the gold markets and its smuggling, pointing out that the meeting briefed on the measures taken to reduce the high prices of goods in the markets, underscoring continuity in opening more direct sales outlets for the necessary commodities to the public. He explained that the meeting stressed the importance of providing the necessary facilities for the real estate finance for expatriates and facilitating the entry of foreign tourists to the country. The meeting also underscored the need to reduce external representation. BH/BH