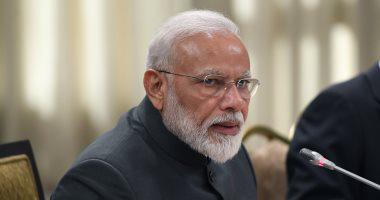 The Council has been given overall responsibility for superintendence of pollution prevention and rejuvenation of River Ganga Basin, including Ganga and its tributaries. The first meeting of the Council was aimed at reinforcing the importance of a ‘Ganga-centric’ approach in all departments of the concerned states as well as relevant Central Ministries.

Today’s meeting was attended by Union Ministers for Jal Shakti, Environment, Agriculture and Rural Development, Health, Urban Affairs, Power, Tourism, Shipping and Chief Ministers of Uttar Pradesh and Uttara hand, Deputy Chief Minister of Bihar, Vice Chairman Niti Aayog and other senior officials. The state of West Bengal was not present in the meeting and Jharkhand did not participate because of the ongoing elections and the Model Code of Conduct being in force.

Prime Minister, while reviewing the progress of work done and deliberating on various aspects of cleaning river Ganga with a focus on ‘swachhta’, ‘aviralta’ and ‘nirmalta’. He observed that Maa Ganga is the holiest river on the sub-continent and its rejuvenation should embody a shining example of cooperative federalism. Prime Minister said that rejuvenation of Ganga has been a long pending challenge for the country. He noted that a lot had been accomplished since the Government took up ‘Namami Gange’ in 2014 as a comprehensive initiative integrating various government efforts and activities with the aim of pollution abatement, conservation and rejuvenation of Ganga, notable achievements being zero waste creation by paper mills and reduction in pollution from tanneries; but much more needs to be done.

For the first time, the Central Government had made commitment of Rs. 20,000 crores for the period 2015-20 to the five states through which Ganga passes, to ensure adequate as well as uninterrupted water flows in the river. Rs. 7700 crores have already been spent so far, prominently for construction of new sewage treatment plants.

Prime Minister emphasized that an improvement framework for Nirmal Ganga would require fullest cooperation from the public at large and greater awareness through dissemination of best practices from cities situated along the banks of national rivers. Efficiency of District Ganga Committees should be improved in all districts, in order to provide an effective framework for expeditious implementation of plans.

The Government has set up the Clean Ganga Fund (CGF) to facilitate contributions from individuals, NRIs, corporate entities for funding Ganga rejuvenation projects. Hon’ble PM has personally donated Rs. 16.53 crores to CGF, from the amount realized from auction of the gifts he received since 2014 and the prize money of the Seoul Peace prize.

Prime Minister urged for a holistic thinking process where ‘Namami Gange’ evolves to ‘Arth Ganga’ or a sustainable development model with a focus on economic activities related to Ganga. As part of this process, farmers should be encouraged to engage in sustainable agriculture practices, including zero budget farming, planting of fruit trees and building plant nurseries on the banks of Ganga. Priority could be given to women Self Help Groups and ex-servicemen organizations for these programs. Such practices, along with creation of infrastructure for water sports and development of camp sites, cycling and walking tracks etc., would help to tap the ‘hybrid’ tourism potential of the river basin area- for purposes of religious as well as adventure tourism. The income generated from encouraging eco-tourism and Ganga wildlife conservation and cruise tourism etc. would help to generate sustainable income streams for cleaning of Ganga.

For monitoring the work progress and activities from various schemes and initiatives under Namami Gange and Arth Ganga, PM also gave directions for the setting up of a Digital Dashboard where data from villages and urban bodies should be monitored on a daily basis by Niti Ayog and Ministry of Jal Shakti. Prime Minister also said that like aspirational districts, all districts bordering Ganga should be made a focus area for monitoring efforts under Namami Gange.