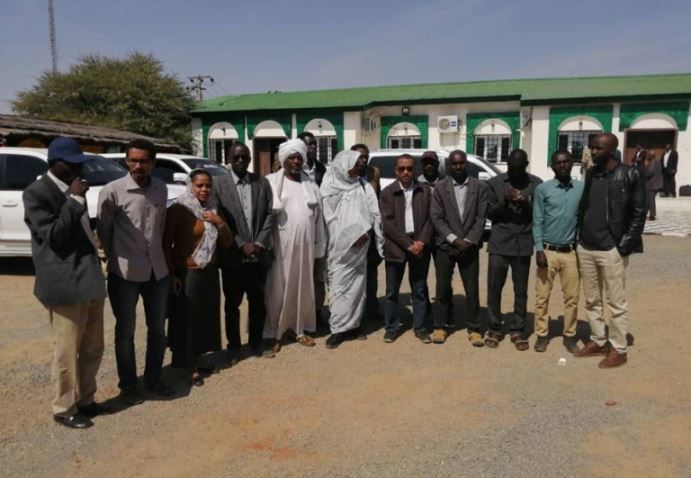 Al- Genenia, Jan. 4 (SUNA) The delegation of the Central Council of the Forces of Freedom and Change has concluded visit to the state of West Darfur, following a three days of continued meetings with the delegation of the Transitional Sovereign and Ministers Councils, the state’s government, the state’s FFC, besides the meeting with parties of the conflict in Al – Genenia city.

Member of the FFC, Dr. Mariam Al- Saddig Al- Mahdi, noted in statement to SUNA that the delegation has commended efforts of the Sovereign and Ministers’ Councils led by the Vice- President of the Transitional Sovereign Council Lieutenant–General Mohamed Hamdan Daglo, to bridge the rift and reach a solution to the repercussions of the unfortunate events in Al -Geneina.

She said that the delegation was briefed on the efforts made by the State Security Committee and the mediation committee from other tribes in addition to the efforts of the FFC in the state, which all affirmed that all parties in the state are keen to put an end to this problem and work to achieve lasting peace to support the state’s efforts towards achieving comprehensive peace in all parts of the country.

She added that the delegation ensured on the firm desire of the two parties of the conflict to reach peace, asserting that all the parties have denied that the events were tribal, and that there were interventions to achieve personal interests besides the role of the deep state in the events.

She indicated welcome to the investigation committee in the city, and the parties’ commitment to peaceful coexistence, non-aggression against each other, and adherence to the law, the spirit of the revolution, and the call and work for peace.