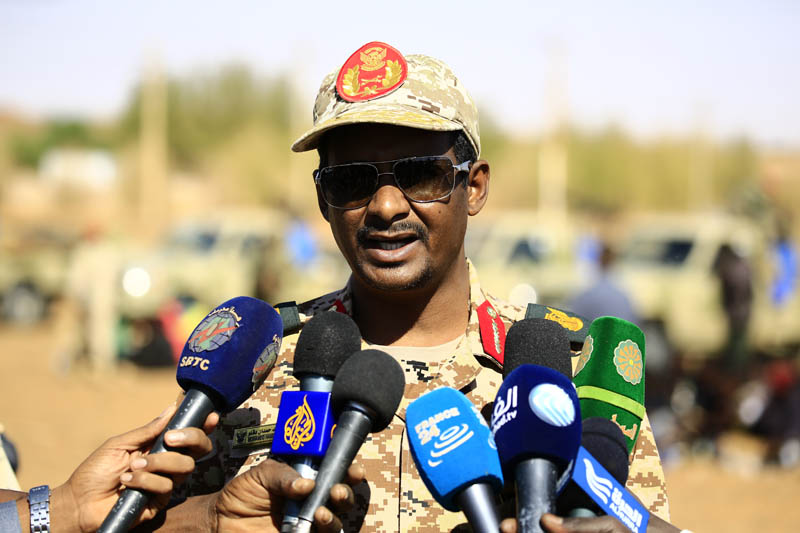 Kassala , Mar.22(SUNA)- The Commander of the Rapid Support Forces, Gen. Mohamed Hamdan Daglo(Hemaiti), who is currently visiting Kassala State to inspect his forces, said he was delighted with existence of Rapid Support Forces in Kassala State to secure and protect the Country , particularly from smuggling of the subsidized food stuff and commodities. In meeting with leaders of native administration and chieftains in Kassala, Gen. Daglo praised cohesion and unity of people of Kassala State and called people to stick to faith in carrying out their work, saying there should be no favoritism regarding protection of the Country's security and stability. " We are no against any one of the neighboring countries, we respect the neighborhood" said the RSF Commander , stressing that Sudan relations with the neighbors are based in exchange of confidence. Leaders of native administration, for their part, indicated to benefits yielded from RSF station in Kassala state representing in curbing criminal activities and repelling all security threats in the State. Sa/sa