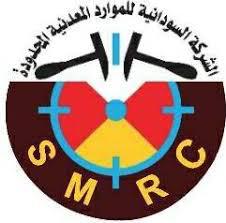 Khartoum, Jan. 14 (SUNA) - The Sudanese Mineral Resources Company has announced that it has allocated 184,680,600 pounds in the FYbudget, 2019 to implement various development projects in a number of states. The company stressed, in a press circular on Tuesday, that it held a series of meetings that lasted for more than a week at its headquarters with a group of local communities and representatives from the resistance committees in the presence of the owners of the companies working in gold mining, where the meetings were to make sure and obligate the companies to play their technical role in a manner that preserves the environment and safety in all stages of mining and production as well as the maximization of the local communities benefit in their share of production and employment of the citizens of production areas in the companies operating in those areas.  The company pointed out that the step came in implementation of the new policy that it adopted in accordance with the directives of the Minister of Energy and Mining Engineer Adel Ali Ibrahim, explaining that the projects include South Kordofan and North Kordofan, Northern, Blue Nile, River Nile and South Darfur states as a first stage, provided that the implementation in other states will take place in the second stage. The press circular revealed that the amounts that were determined will be disbursed directly to the development projects that are to be determined by the local communities later in expanded meetings in their locations and according to their priorities under the supervision of the Sudanese Mineral Resources Company through a committee that includes the local community, the local government and mining companies along with the contracting parties to implement development projects in line with the new policies of the Sudanese Mineral Resources Company and to implement the goals of the December Revolution aimed at fighting corruption and increasing production. It is worth noting that that the new policy categorically guarantees that no cash goes into the hands of any individuals under any reason. Accordingly, the Sudanese Mineral Resources Company will work to improve its performance with the companies operating in the mineral sector in coordination with the Public Geological Research Corpration under the leadership of the Ministry of Energy and Mining.