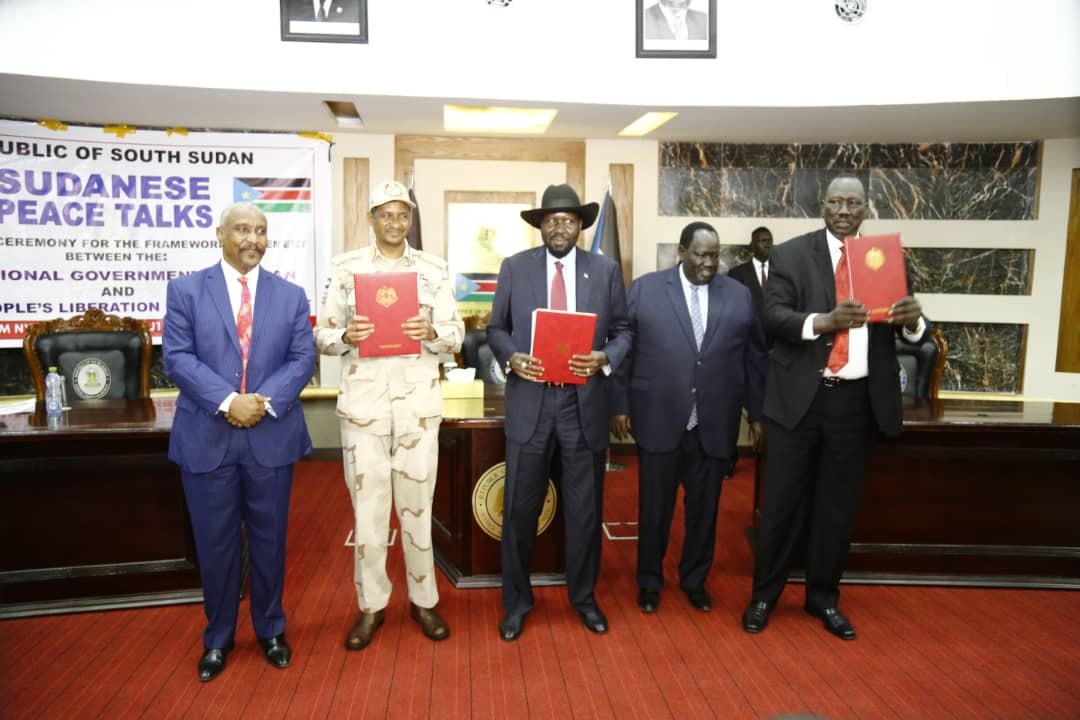 First Vice-President of the Sovereign Council and Head of Government Delegation, Lieutenant  General  Mohamed Hamdan  Daglo signed for the Government  and General Ahmed Al-Omda signed for SPLM  and  the Revolutionary Front as  Advisor of  President of the South Sudan  for  Security Affairs  Tott Gulwak , the Chief Mediator , signed on behalf of the mediation.

The Framework Agreement signed  by the two parties covers issues of legislations, lands,  power and wealth  and security arrangements.