Salva Kiir: We are Seeking Comprehensive Peace in the Two Countries in 2020 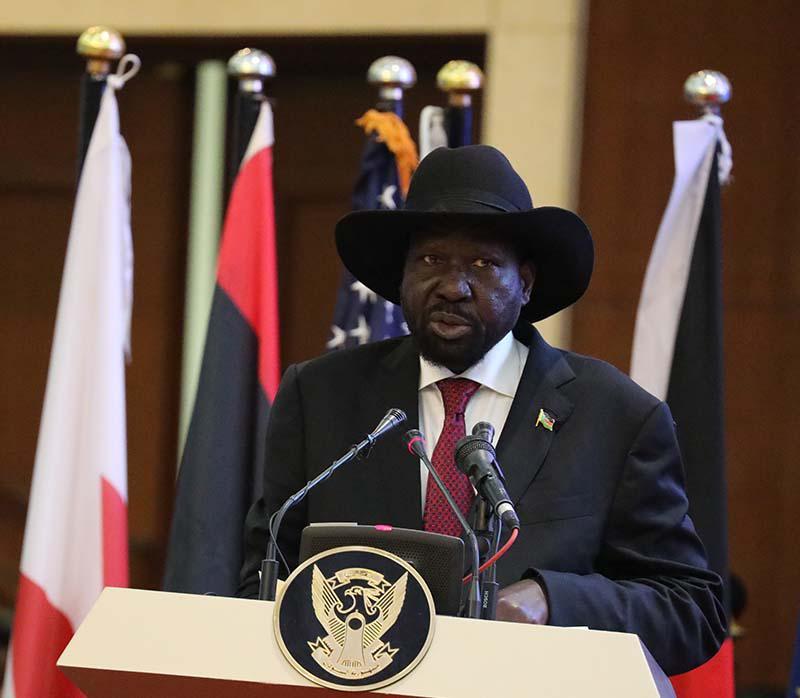 Addressing a signing ceremony  of Framework Protocol  between  the government  and SPLM-Agar faction  at the  Presidential Palace  in Juba Friday,  President Kiir  called the Sudanese parties to commit to implementation of the agreement  for reaching a  final comprehensive  peace deal between  the government and all components of the Revolutionary Front  so as to set  the 2020 as year for  peace in Sudan  and South Sudan State.

.He renews  his government ‘as keenness  on achievement of peace  in the two countries  through going on negotiation with  the opposition in the South Sudan, saying we are not hasty  for war for we will gain nothing.

He  indicated that  formation  of the  government of national unity in his  country  would help in  ending problems , return of exchange of trade  and opening of roads a matter which would  facilitate communication  between the two people.

The President of South Sudan condemned Abyei incident and described it as brutal  and held the former regime  in Sudan  responsible of proliferation of weapons in the area.