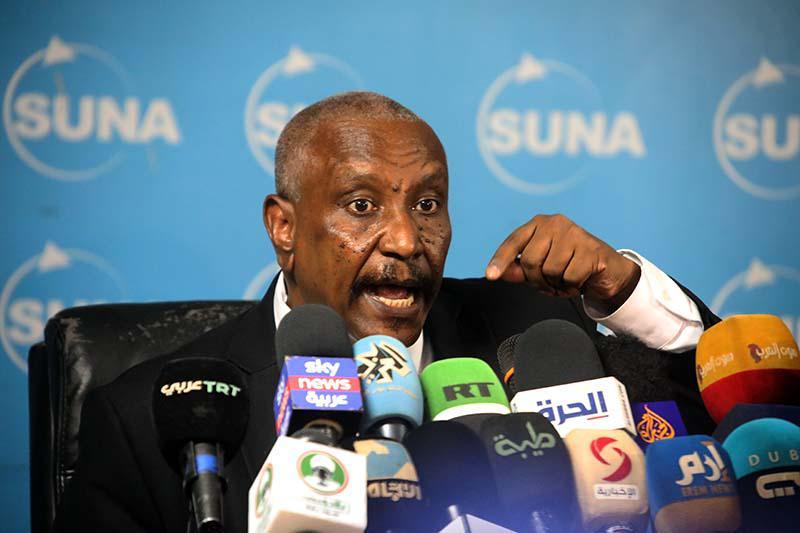 Arman , who was addressing a singing ceremony at Presidential Place in Juba Friday,  said  “Sudan will not collapse  and will not join  the failing states club, saying  Sudan will successfully  pass into peace.

He stated we are working for effective and productive partnership with the Sovereign Council with military and civilian components, regular forces, Rapid Support Forces , Forces of Freedom and Change , and Council of Ministers  for sake of  development  and stability  within framework of new Sudan.

The Deputy Chairman of the Revolutionary Front said the Front would work  for establishment of new relations  among Sudanese society, Sovereignty Council , Forces  of Freedom and Change  all  the Sudanese people  for  sake of the future..

He said  that  the Sudanese are looking forward for  unity  of Sudan and South Sudan within  leadership of  President Salva Kiir as well as  establishment of strategic relations between the two countries.

Arman  renewed  readiness of SPLM-Agar  for coordination  and joint work with Al-Hilu’s wing  so as the two areas  all  the conflict areas  in Sudan move  to  stability and sustainable peace.

He called  for establishing new military system  from  experiences  of the Armed Force , the Rapid Support Forces  and  the Revolutionary Front .

Arman  congratulated   the mediation and the government delegation  for their efforts  made to reach agreement , commending patronage  of Lieutenant General Mohamed Hamdan Daglo for the agreement, saying  in this connection I  swear  he was  keen on peace  and I  hope this spirit prevails at  implementation  of  the agreement.