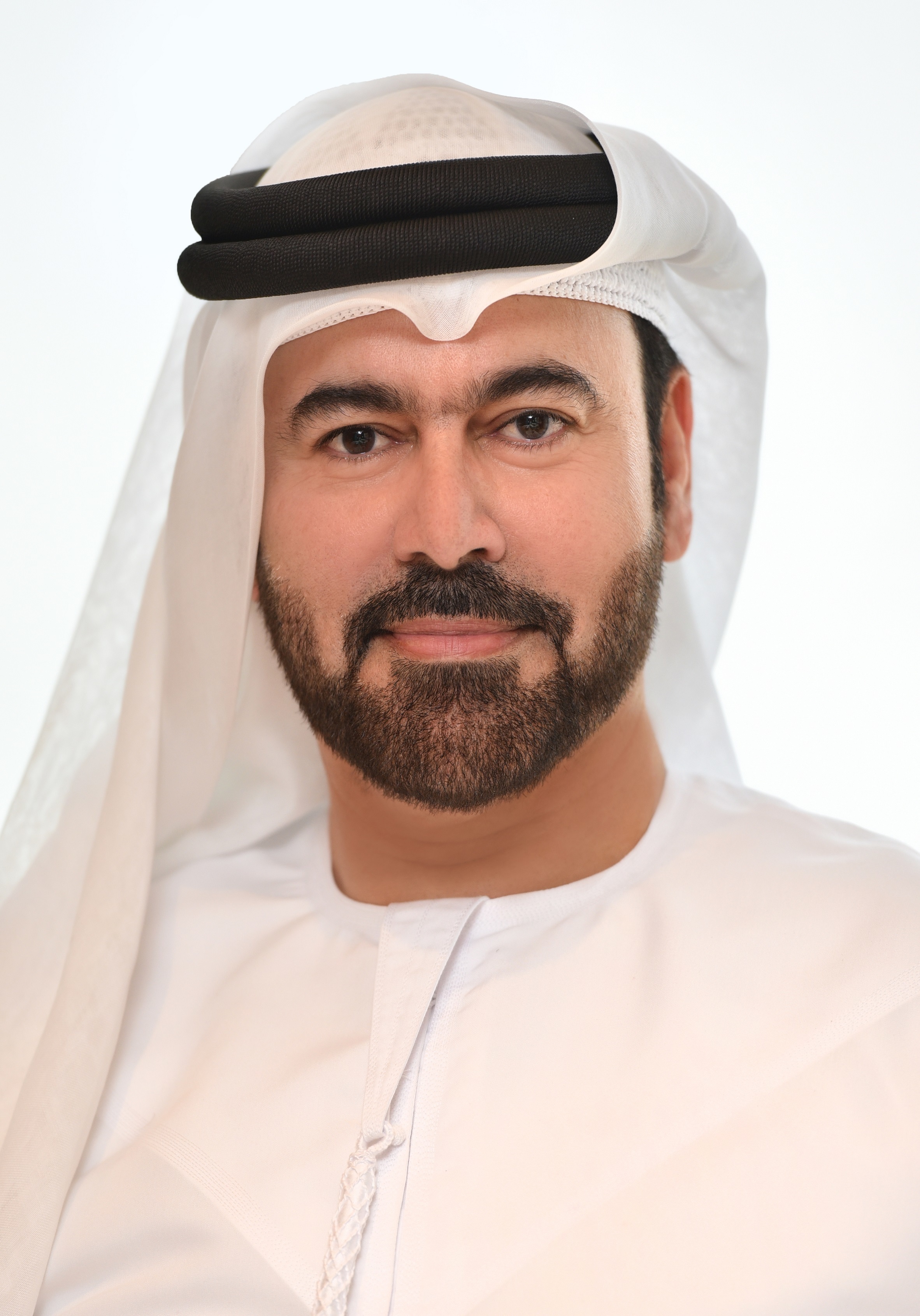 Dubai, January 31, 2020 (SUNA)-  Under the patronage and presence of His Highness Sheikh Mohammed bin Rashid Al Maktoum, Vice President and Prime Minister of UAE and Ruler of Dubai, the third round of the Arab Hope Makers initiative will crown the winner, who dedicated resources and efforts to serve humanity, in a grand variety show to be headlined by renowned artists on Feb. 20.

For the first time since its inception, the initiative will adopt an “Arab Humanitarian Cause of the Year” on an annual basis. This year, the variety show’s ticket proceeds will go towards supporting the construction of the new Magdi Yacoub Global Aswan Heart Center – Cairo.

His Highness Sheikh Mohammed bin Rashid Al Maktoum tweeted, “Arab Hope Makers initiative attracted 92,000 humanitarian projects from 38 countries worldwide in its third round. In the UAE, we have unwavering hope and optimism in our ability to make a positive difference in our societies. On February 20, we honor the exceptional role models.”

He added, “This year, we dedicate the proceeds of the Arab Hope Makers final grand show to support the new Magdi Yacoub Global Aswan Heart Center in Cairo, a noble humanitarian cause that aims to provide free cardiac care to vulnerable communities.”

“Our goal this year is to give hope to thousands of hearts in need for care.”

Scheduled to take place in Coca Cola Arena at City Walk with an expected attendance of 12,000 people, the show will see the announcement of the Arab Hope Maker 2020 from 92,000 participants who took part in the largest humanitarian initiative of its kind in the Arab world to honor philanthropic efforts that contribute to creating a better future for humanity.

His Excellency Mohammad Abdulla Al Gergawi, Secretary General of the Mohammed bin Rashid Al Maktoum Global Initiatives, said, “Since its inception three years ago, the Arab Hope Makers initiative has prompted various segments of Arab societies, particularly the youth, to actively take part in addressing major challenges in their societies through humanitarian projects and initiatives that make a positive difference in people’s lives.”

He added, “The initiative implements the vision of His Highness Sheikh Mohammed bin Rashid Al Maktoum to involve people in spreading hope and serving humanity.”

Al Gergawi noted, “The initiative’s message is that real change starts with an individual effort. Arab youth bear the responsibility of fighting despair and effectively contributing to building their societies and shaping the future they strive for.”

Al Gergawi stressed that this year’s Arab Hope Makers initiative enters a new phase of empowering and supporting large-scale humanitarian work. He noted, “This year, the initiative will adopt an Arab humanitarian cause with aims to involve every Arab citizen in contributing to society. The Arab nation is united by shared humanitarian values and driving our prosperity and progress requires the contribution of each one of us.”

He concluded, “We are taking the UAE’s message of hope to the region and the world in a different light.”

Humanitarian Cause of the Year

Starting this year, the Arab Hope Makers initiative enters a new phase of supporting sustainable humanitarian and social work and creating a wider community involvement. It will adopt a humanitarian cause annually, inviting the public to contribute towards making a difference to a wider range of people. Through the new addition, the Arab Hope Makers initiative aims to highlight and support a humanitarian or charitable project with sustainable long-term goals to maximize impact and expand the scope of beneficiaries.

This year, the initiative will support building the new Magdi Yacoub Global Aswan Heart Center – Cairo as the “Arab Humanitarian Cause of the Year” through allocating the variety show’s proceeds to serve the cause.

The new heart center in Egypt will expand access to a world-class treatment among vulnerable communities through a fully-equipped facility with the latest research and surgical technologies and qualified medical cadres. The new facility will provide free-of-charge cardiovascular care to patients across the Arab world.

The Center will conduct 12,000 heart surgeries annually, of which 70 per cent will target children. Its clinics will also receive over 80,000 patients annually and train over 1,000 cardiologists and cardiac surgeons through the Magdi Yacoub Global Heart Foundation.

The Egyptian-British Dr. Magdi Yacoub (often referred to as Sir Magdi Yacoub) is one of the world's most respected cardiac surgeons. He studied medicine at Cairo University and thereafter moved to the U.K in 1962 to work as a consultant cardiothoracic surgeon at Harefield Hospital. In 1986, he became a professor at the National Heart and Lung Institute where he was involved in developing techniques of heart and heart-lung transplantation.

Yacoub has performed the highest number of transplant operations in the world. He became a director of medical research and education in 1992 and it was in the same year when he was knighted by Queen Elizabeth II for his contribution to medicine and surgery. He has not only been a top-rated heart surgeon, but has also given back to the next generation of doctors as a professor at the prestigious Imperial College in London. He has written over 1,000 articles and co-authored several books on the heart surgery techniques he has developed. In 1995, he founded ‘Chain of Hope’ in UK to help children in war-torn and developing countries receive free-of-charge cardiac care. In 1998, he was awarded the Fellowship of the Academy of Medical Sciences for his work and pioneering techniques. In that same year, the Texas Heart Institute presented him with the Ray C. Fish Award for Scientific Achievement in Cardiovascular Disease. Other awards include the WHO Prize for Humanitarian Services (Geneva), Medal of Merit from the International Academy of Cardiovascular Sciences, and a Lifetime Achievement Award from the International Society for Heart & Lung Transplantation. The UK Secretary of State presented him with a Lifetime Outstanding Achievement Award in recognition of his contribution to medicine in 1999. He has honorary degrees from Lahore University, Pakistan and the University of Siena, Italy.

In 1983, Yacoub performed a heart transplant on John McCafferty, who survived for more than 33 years, until 10 February 2016 and became recognised as the world's longest surviving heart transplant patient by the Guinness World Records in 2013.

This year’s round received overwhelming participation of 92,000 Hope Makers from 38 countries (including 15 Arab countries) who competed towards making a positive difference through thousands of community, volunteering and humanitarian initiatives, projects and campaigns. The Arab Hope Makers initiative honors individuals, teams and entities with humanitarian projects across different fields including education, environment, humanitarian aid, culture, health, community service, and youth, women, children and People of Determination empowerment.

The Arab Hope Makers variety show will celebrate philanthropic efforts and showcase stories of unsung heroes who dedicated their resources and efforts towards serving humanity, helping the marginalized and making a positive impact in their societies without seeking recognition or personal gains.

This year’s Arab Hope Makers final ceremony is transformed into a grand variety show to be headlined by acclaimed artists with an expected attendance of 15,000 people including leading media figures, authors and social media influencers.

Tickets to the Arab Hope Makers variety show are available on www.ArabHopeMakers.com or www.coca-cola-arena.com  with proceeds going towards supporting the construction of the new Magdi Yacoub Global Aswan Heart Center in Cairo.

In 2017, His Highness Sheikh Mohammed bin Rashid Al Maktoum, Vice President and Prime Minister of UAE and Ruler of Dubai, launched Arab Hope Makers initiative, the largest of its kind in the region, to celebrate inspiring individuals, teams or entities whose philanthropic efforts serve humanity and make a difference in societies without seeking personal gains or recognition in return.

Under the umbrella of Mohamed bin Rashid Al Maktoum Global Initiatives (MBRGI), Arab Hope Makers are recognized for their humanitarian projects and initiatives that improve lives, alleviate the suffering of those in need and empower marginalized groups.

In its first round, the Arab Hope Makers initiative received overwhelming 65,000 applications from all over the Arab world, while the second round recorded over 87,000 entries. Five finalists took home Dh1 million in each round to support their humanitarian projects.