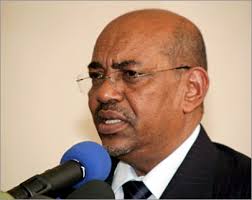 Khartoum, Mar. 26 (SUNA) - A regular meeting on control of the exchange rate, chaired by the President of the Republic, Field Marshal Omer Al-Bashir, Monday at the Republican Palace reviewed implementation of the procedure and decision that have adopted with regard to the exchange rate. The meeting has underscored adoption of the proposed amendments in a number of law, including the Act on Foreign Currency toward enhancing the economic and commercial dealings and the Customs Act for combating smuggling. In a press statement, the Governor of the Bank of Sudan, Hazim Abdul-Gadir, said that the meeting has got assured on the provision of the liquidity that eases the commercial dealings of the Private sector. He said that the meeting has got assured about the adopted mechanism for the importation and flow of basic commodities. Abdul-Gadir indicated that the meeting has got informed on the process for the importation of medicines and the production and importation of sugar and gasoline and other vital commodities. He said that the meeting also got informed on implementation of the decisions and directive for boosting the exchange rate at the level of resources in the Central Bank and providing sufficient liquidity at the mining areas. MO