Statement on agreement concluded with victims of Cole bombing 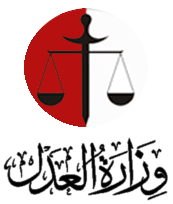 Khartoum, 13-2-2020 (SUNA)- The Ministry of Justice on Thursday issued a press release on the agreement reached between the Sudan and victims in the USS Cole Navy destroyer incident

Following is an unofficial translation of text of the statement:

In the name of Allah the Graceful, the Dispenser of Grace

The Republic of the Sudan

The Ministry of Justice

Within the Sudanese Transitional Government efforts to remove the name of the Sudan from the American list of states sponsors of international terrorism, a settlement agreement was concluded, 7th of February, with the families and victims of the 2000 bombing of the American Navy Destroy (Cole), about which legal procedures against the Sudan were still continued before American courts.

The Government of the Sudan would like to indicate that it was clearly stated in the concluded settlement agreement that the government is not responsible for this act or any other acts of terrorism and that it has entered into this settlement out of its keenness to settle all historical terrorism claims that have been left behind the defunct regime, and only in order to meet the prerequisites set by the American Administration  for removing the name of the Sudan from the list of states sponsors of international terrorism, so that relations with the united states of America and the rest of the world could be normalized.