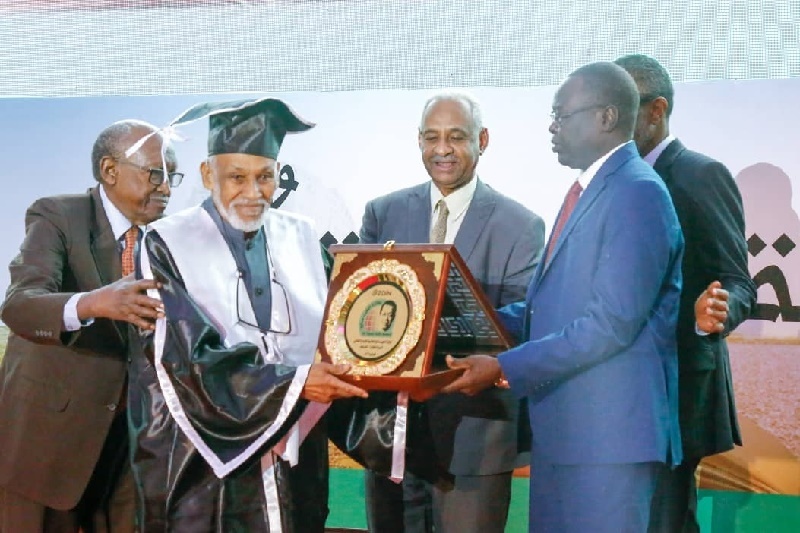 The Celebration  which was held  in the Friendship Hall in Khartoum Thursday  evening  was also attended by  Minister of Culture and Information  Faisal Mohamed Salih, First Undersecretary of the  Ministry of Culture Rasheed Saeed, Chairman of  the Award’s Board of Trustees, Professor Ali Mohamed  Shumu and the  Guest of Honor, expert at UN  Dr Francis Denzg, members of diplomatic  corps in Khartoum, and number of  Sudanese and Arab writers.

The  Prize  winners   hailed  from  different Arab countries including Sudan, Egypt, Iraq,  Morocco, Syria and Libya  as  Professor Malik Badri  was honored during the celebration as  the year’s cultural  personality.

The Award Secretary General Magzoub Aidrous  presented a report about the Award  which  began 10 years ago , saying the rate of works   participated in the competition  was the highest  one  as   746 works   from 32  countries,   392 novels, 300 stories  and 54 critic studies were presented  to win the prize.

. It is to be noted that  the celebration  is coinciding with  the 10th anniversary  of death of the  Genius  Arab novelist  Al-Tayeb  Salih which was launched  for the  first time in 2010 by Zain  Company   to commemorate  the Sudanese international novelist  Al-Tayeb Salih  since then   mid-February  has become  a date for  launch of  the biggest cultural season  the  Country-wide.