Washington Round of Talks on GERD Concluded 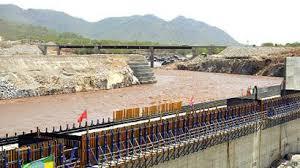 Khartoum, Feb.14(SUNA)- The round of talks  on Grand Ethiopian Renaissance Dam(GERD) held in Washington, US , during February 12-13  with participation of Ministers  of Foreign Affairs  and Irrigation  of  Sudan, Egypt and Ethiopia,  was concluded  and issued a joint  statement .

The statement  said  the  talks , which  were chaired  by  the American  Secretary of Treasury  and attended by President of the World Bank as observer, that the Ministers reviewed during this  round of talks  progress made by the technical and legal teams and matters  necessary for preparation of final agreement.

It added  that  the Ministers  underscored  importance of  cooperation  on development of the  Blue  Nile Basin  with purpose of improving life of peoples in  Egypt, Ethiopia and Sudan  and that the Ministers of the three countries undertook  to reach agreement.

The statement affirmed  that the United States with  technical  support from the World Bank,  agreed to  facilitate preparation of final deal  to be studied by  the  Ministers  and  presidents  of the three countries.