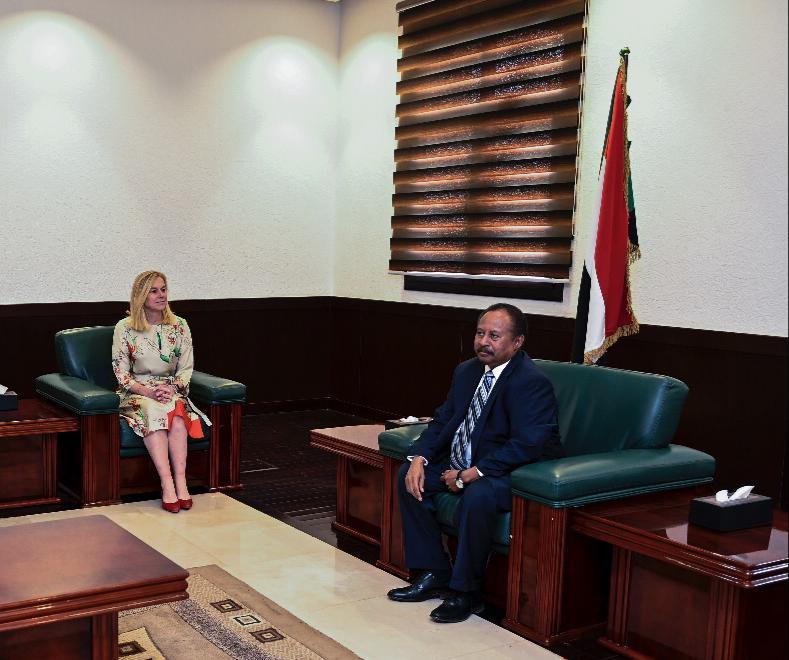 This came during his meeting, today Wednesday, in his office,  with the Dutch Minister for Foreign Trade and Cooperation, Ms. Sigrid Kach in the presence of the Cabinet Affairs minister, Ambassador Omer Bashir Manis, and the Minister of Foreign Affairs, Asma’a Mohamed Abdullah,

The meeting discussed the bilateral relations between the two countries and ways of developing them to serve the common interests of the two countries, the meeting also tackled developments in Sudan, especially the peace talks taking place in Juba, and the important challenges facing the transitional period government.

The Prime Minister has called for the Netherlands help especially in the economic and development aspects, and to support the Sudan to remove its name from the list of states sponsors of terrorism.

On her part, the Dutch Minister for Foreign Trade and Cooperation affirmed her government support and provision to every possible help to the Sudan in the coming period in order to achieve stability in Sudan, especially that the Sudan’s stability is very important for the whole region.