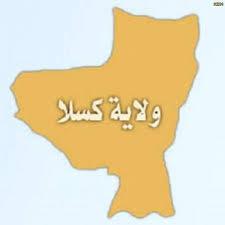 The meeting was attended by Secretary General of Government of Gadarif State and representative of he Wali of the  Gadarif State.

The Wali of  Kassala State tackled  issues pertaining  border  disputes, human trafficking, smuggling of goods  and drugs , indicating to  solving  the issues at  the administrative levels  and referring  the unresolved  issues  to Walis of the States  and Governor of the Tigray Region  for finding solutions  to  the outstanding issues.

He disclosed that the purpose of the meeting was to reach understandings over some concerns  and economic and security issues  along with finding solutions  to them  so as the people of the two countries enjoy  security,  peace  and stable  trade and economic movement.

Governor of Tigray Region, for his part, said the meeting was fruitful and tackled some border issues  within framework of joint cooperation , adding that  further  meetings  between the wto sides  would be held  to deliberate over  issues  that benefit  the two sides.

Mikal praised stance of   government and people of Sudan towards the Tigray people during the period of unrest the Region had experienced.

It is worth mentioning the visit of Wali of Kassala State to Mekelle,  in which  he  was accompanied  by members of  the State security  committee, Director General of Ministry of Infrastructures  and Physical Development , Executive Director Wadal Hilio Locality, came within framework of  participation  in the Region’s commemoration of the 45th  Anniversary  of  Tigray Revolution