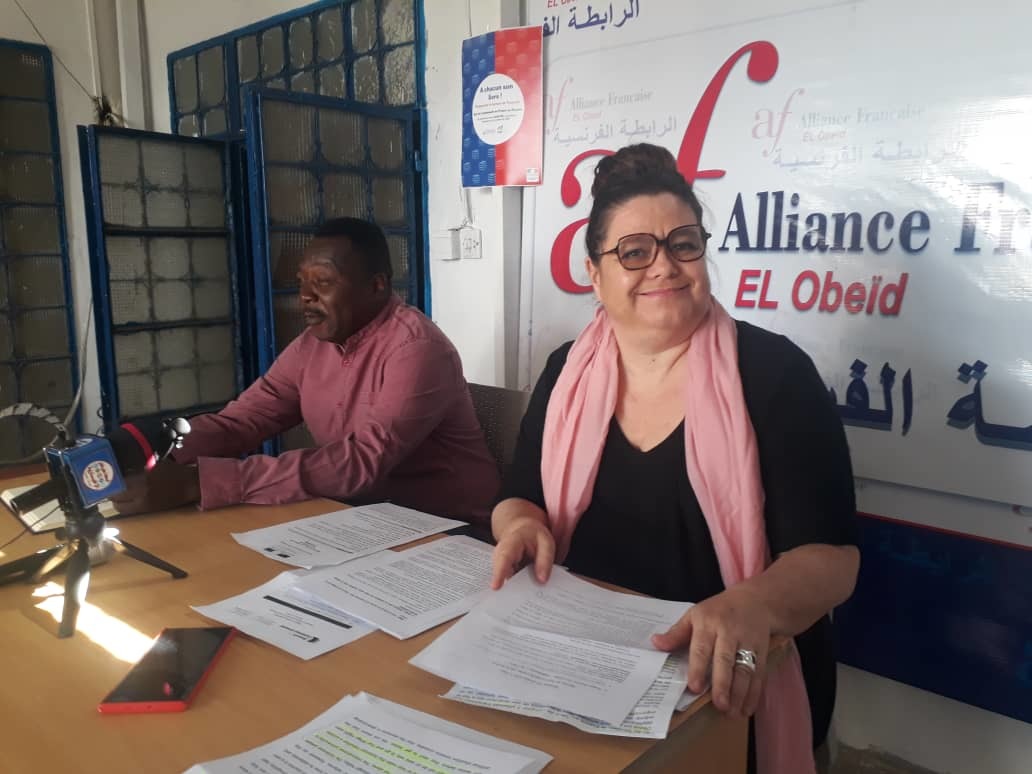 ObIed, Feb. 20 (SUNA) – The ambassador of France to Sudan, Emmanuelle Blatmann, said that her country is supporting the transitional government, pointing out that the relations between Sudan and France are historical and deep rooted.

In a meeting Thursday at the French Center in Obied, with a number of staff of French Embassy in Khartoum, the ambassador Emmanuelle Blatmann described her visit as successful and praised the France centre role in providing services to people, undertaking to develop the center.

She indicated to partnership with Kordofan University in the scientific research and teachers training fields, explaining that the France has 32 partnerships with the Sudanese Universities, institutions and organizations in the fields of linguistic exchange, science and research.

The ambassador donated a Full library to French association in Obied and called youth to learn French langue as French, she said, is the most spoken and  language  of the future.