10 Thousands of Livestock Exported to Oman 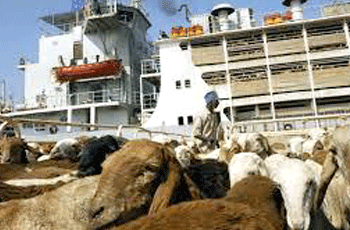 Khartoum, Feb. 20 (SUNA) – The Minister of Animal Resources and Fisheries, Dr. Alam Eddin Abdullah Abasher announced exportation of the first batch of 10 thousands  of livestock via Wadena Company to  sultanate of Oman.

In statement to SUNA,  he noted that the exportation of the first batch paves the way for the opening of exportation of sheep, goats and cows to the gulf countries, pointing out that the cattle will enter the quarries during the coming two weeks for vaccination (a period of one month),  and then will be exported to the Kingdom of Saudi Arabia in the 30th of next March, he stressed the increase demand for the Sudanese cattele.