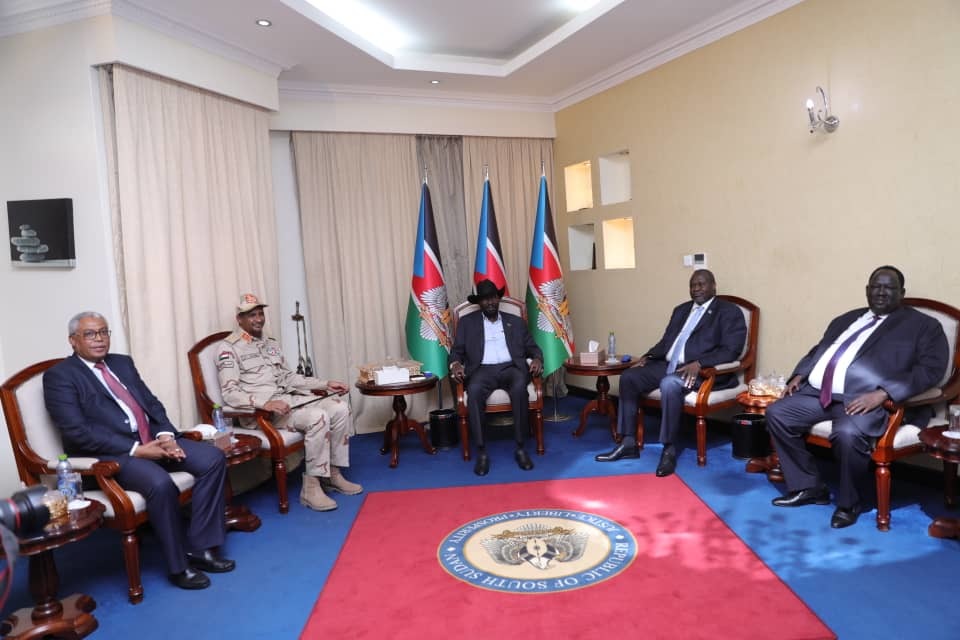 Juba, Feb. 20 (SUNA) – The President of the Republic of South Sudan, Salva Kiir, announced Thursday at the Presidential Palace that an agreement between the government and the opposition was reached to establish a national unity government on Saturday, February 22 after dissolving the current government.

President Salva Kiir has pledged to ensure security and stability in the country until establishment of the joint army and resuming the dialogue on the pending issues after formation of the government.

He said that the ongoing changes in South Sudan will bring peace rather than war, because the people of South Sudan have hated war and the suffering resulting from it.

He called on all the refugee citizens of South Sudan State to return home because peace has been realized.

He expressed his pleasure over the historical and courageous decision of South Sudan President to reduce number of the states in South Sudan to 10 states, a matter that has eased reached the reaching of the agreement.

Daglo has congratulated the people of Sudan on the achievement of peace, thanking all the parties who contributed to realization of peace in South Sudan State.