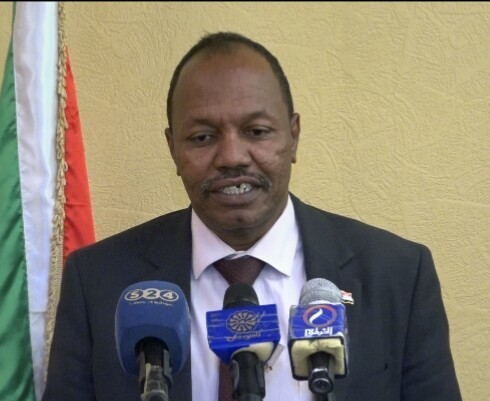 Khartoum, February 25 (SUNA) - The Minister of Animal Resources and Fisheries Dr. Alam-Eddin Abdallah Abasher inaugurated, on Tuesday at the ground of the exhibitions, the 11th  Session of the Sudan Poultry Exhibition, which will continue until February 27th with the participation of 27 countries, in addition to the public and private sectors in the country. When addressing the opening ceremony, the minister of Animal Resources emphasized the role that the exhibition industry plays in the production development, economic growth through marketing and good promotion and investments attraction as well as the transferring and indigenization of the experiences of developed countries in poultry production, in addition to linking together producers, manufacturers and suppliers of poultry industry equipment. Dr. Abasher explained that the ministry was focusing, in its plans and policies, on the development of poultry sector and encouragement of the domestic and foreign private sectors to invest in this sector to increase production to meet the high per capita consumption of poultry products, up to the international rates. The Minister pledged to support the poultry industry and overcome the difficulties it faces, stressing the importance of benefiting from Sudan’s openness to the outside world by transferring advanced modern technologies to increase production for self-sufficiency and export abroad. For his part, the Director of Expo Team Services Ltd., which organizes the exhibition, Engineer Osama Mustafa said that the United States of America participated for the first time in the exhibition with 4 companies, which is a signal for removing the name of Sudan from the list of countries sponsoring terrorism, in addition to foreign companies from Denmark, Germany and Italy as well as Ethiopia and Egypt. For his part, the representative of the participating companies, Yassir Mashhour affirmed that the most of the companies had a role in transferring technologies and helping to indigenization of the poultry industry in Sudan, revealing that Sudan is considered as a target for investors in the field of agriculture and animal production.