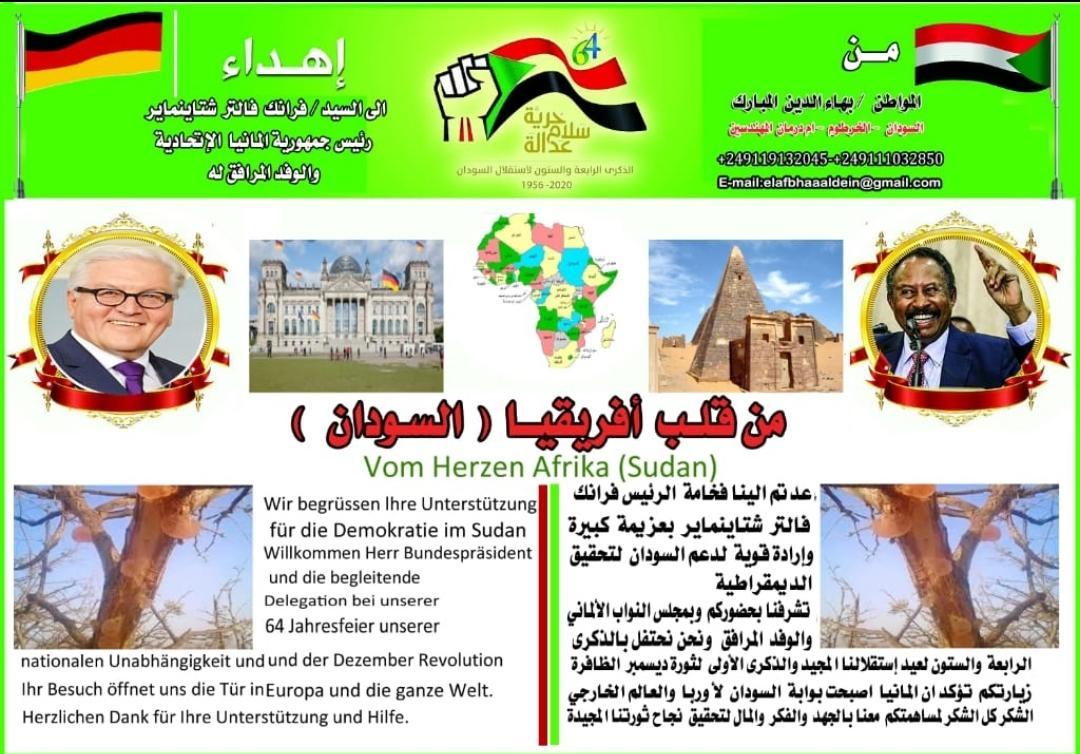 Khartoum, February 26 (SUNA) - A Sudanese artist has succeeded to embody the slogan of the Glorious December Revolution (Freedom, Peace and Justice) in an artistic canvas that reflects Sudan's civilization represented in the pyramids and antiquities of Al-Bajrawia. The Artist Bahaa-Eddin Al-Mubarak designed the painting as a special greeting to German President Frank-Walter Steinmeier during his two-day visit and the accompanying delegation to the country on Thursday and Friday. In an interview to SUNA prior to the historic visit of the German President to the country, Al-Mubarak said that the banner reflected the civilization and heritage of Sudan represented in the pyramids and Al-Bajrawia antiquities, in addition to the various resources of the country, top of which the Arabic gum, pointing out that the canvas is characterized by writing in both Arabic and German and it reflects the rapprochement and cooperation between Sudanese and German peoples. Al-Mubarak said that Germany was a gateway for the Sudan's exports to European countries, particularly the gum Arabic, urging benefiting from German technologies in the field of added value for Sudanese products, especially the gum Arabic, praising the quality and excellence of German industries in the technological and technical field.