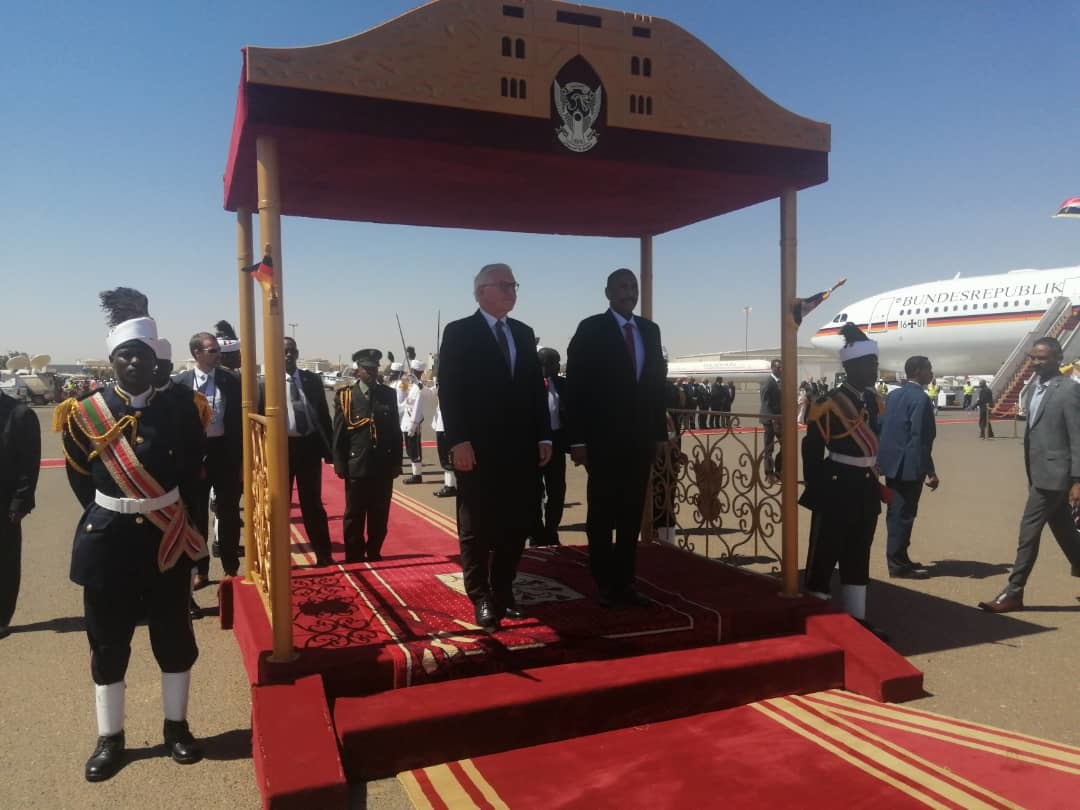 He was received at Khartoum airport by  President of the Sovereign Council Lt. Gen Abdul-Fattah Al-Burhan and a number of ministers and officials.

During the visit, the German President will hold talks  with the President of the Transitional Sovereign Council, Lt. Gen.  Abdel Fattah Al-Burhan and Prime Minister Dr. Abdallah Hamdouk  and  that the  visit will also discuss  progress of relations between the two countries and ways to develop them further  during the coming period.

The German President and his delegation will  pay field visits to  a number of infrastructural  and economic projects , top of which the electric power sector.

SUNA  noted  that the visit of the German President to Sudan is  considered as a great openness in  relations between Sudan and Germany, and culmination of German engagement with Sudan in the period after the glorious December revolution.