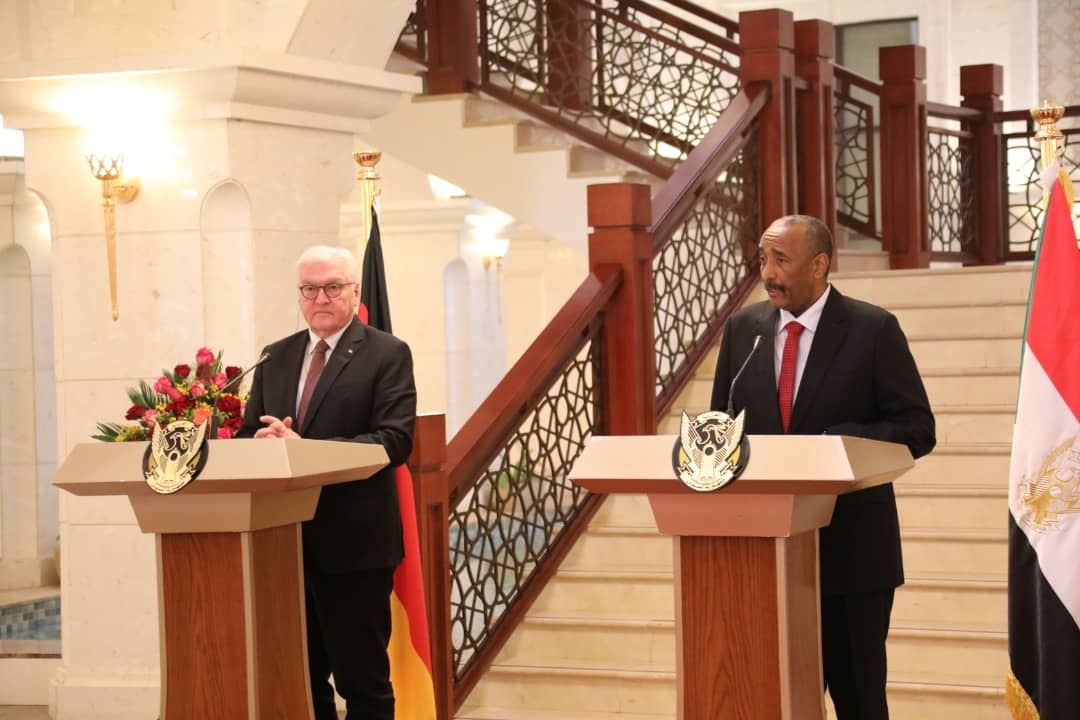 Khartoum Feb.27 (SUNA)-Sudan and Germany have stressed resolve to cement relations in all fields and pushing forward by way that   it would consolidate their strategic partnership within the new stage the Sudan is experiencing.

This   came during joint press conference the President of the Sovereign Council Lt. Gen. Abdul- Fattah Al- Burhan and the visiting German President, Frank-Walter Steinmeier held following their  sitting of  talks which was attended  by    ministers from the two sides

He indicated that the talks tackled  Germany support to remove Sudan from list of state sponsor of terrorism, Germany support within framework of  Sudan’ Friends in addition to its  support  to Sudan in  areas of peace and economy.

The President of the Sovereign Council described as historic the visit of   President of Germany to Sudan , disclosing that  it  the beginning of the real change  that the Sudanese people  have paid its price.

He  said   the  gains  which have been attained  through the change  that  Sudan has begun returning to the international community  and  the view on Sudan has been changing.

Lt. Gen. Al-Burham expressed appreciation to government and Parliament of Germany  for lifting ban being imposed  on Sudan  and thanked all people of Germany for  their support to  the Sudanese people  saying “  Thanks  to our partners in the European Union  and Sudan’s Friends  for  support  they   provided to the Sudanese revolution.”

The President of the Sovereign Council stated that he briefed the German President on what have been running in Sudan since eruption of the glorious December revolution as well as huge endeavors being exerted  by the executive body  to solve Sudan’s issues.