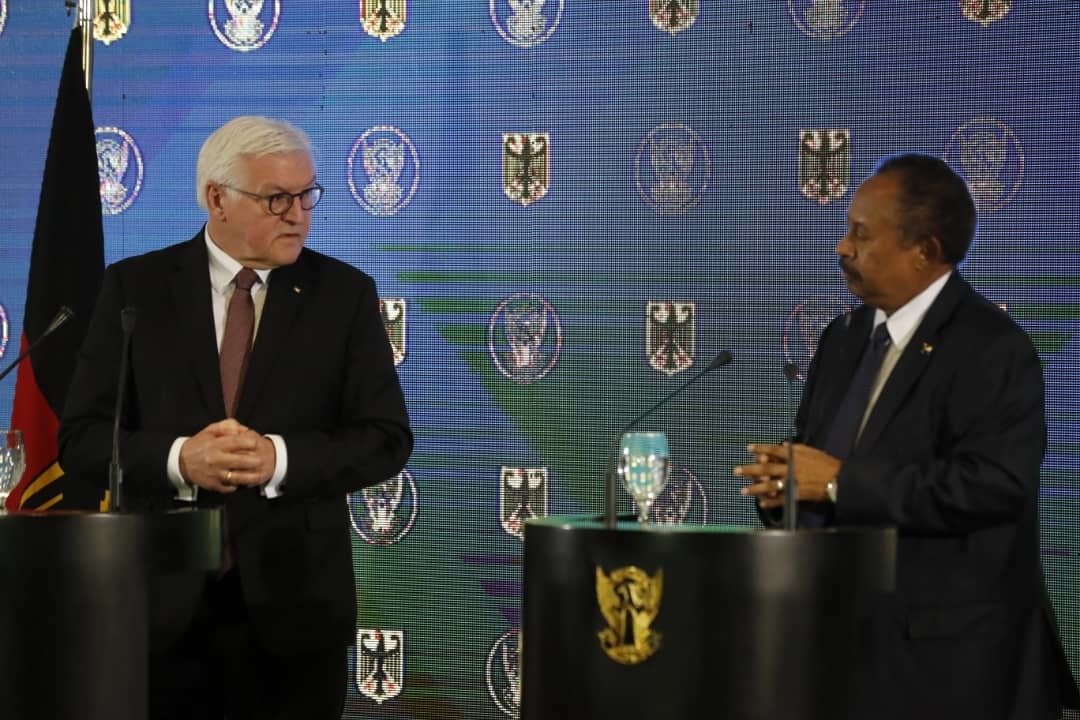 In the joint press conference held, Thursday, with the visiting German President, in the Council of Ministers, Hamaddouk outlined that Sudan looks with great appreciation to the level of cooperation between the two countries, referring to the mutual visits between officials of the two countries.

The Prime Minister said that Germany extended a lot of aid to Sudan, as it opened the first center for vocational training in 1957 and supported Sudanese TV in 1962.

Hamdock stated that the visit of the German president establishes strong relations between the two peoples, indicating to Germany's support for the process of change that took place in Sudan.