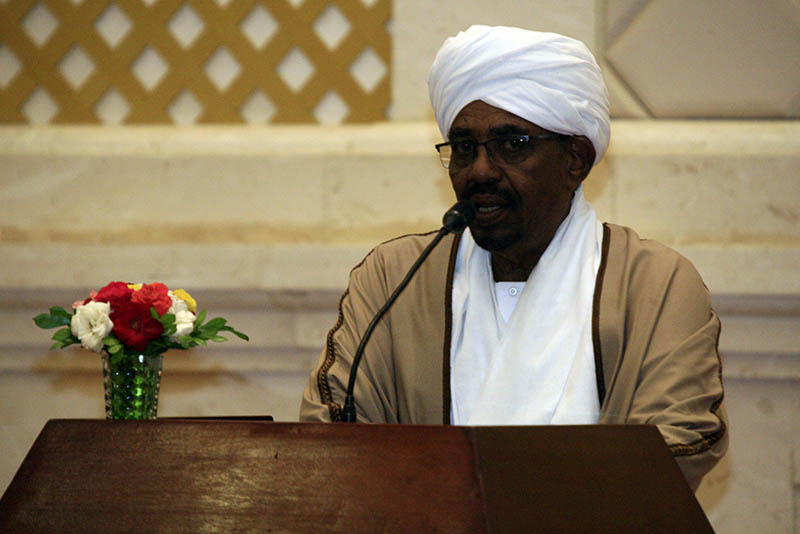 Kosti, White Nile Apr.5 (SUNA)-President of the Republic, Field Marshal Omer Al-Bashir has reiterated government' determination to realize peace in the Two Areas(South Kordofan and Blue Nile ). President Al-Bashir , who was addressing a mass rally at Kosti stadium Thursday , gave directive for following-up and finding solutions to the people's issues as well as providing basic education for all children and primary healthcare for all villages and areas. The President announced the government pressing head with provision all needs for people and pledged provision of fuels for agriculture , saying "White Nile State is the producer of sugar and you are like sugar. He lauded efforts of Government of White Nile State on implementation of development projects , indicating that the White Nile State people deserve further basic services. The President of the Republic said Sudan did not deal with tit-for-tat , indicating that Sudanese citizens are hosting large number of refugees from neighboring countries, stressing that Sudan assists the oppressed and feeds the hungry people. Sa/sa