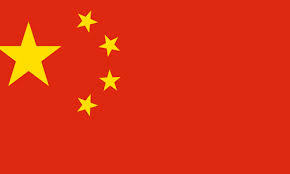 Beijing, (china daily/ SUNA) -A key Party meeting on Wednesday presided over by Xi Jinping, general secretary of the Communist Party of China Central Committee, stressed the need to unleash consumer demand that has been restrained during the novel coronavirus pneumonia outbreak and continuing to expand opening-up.

The meeting of the Standing Committee of the Political Bureau of the CPC Central Committee called for integrating efforts in resuming work and production and expanding domestic consumption while boosting new and upgraded consumption models that have emerged from epidemic control and prevention.

Measures must be adopted to replenish the availability and encourage the consumption of goods and services, according to a statement released after the meeting.

Xi said at the meeting that the country has seen continuously positive momentum in containing the outbreak, with the normal order of work and life seeing faster resumption as a result of the whole country's arduous efforts.

The hard-won momentum must be further consolidated and expanded, and socioeconomic development should be brought back to a normal track at an early date, he said.

However, he highlighted the complicated situation in containing the outbreak and encouraging socioeconomic development, saying that a greater sense of responsibility and urgency is needed to coordinate work on all fronts.

He called for unrelenting effort and unremitting vigilance in containing the contagion, citing the arduous work in epidemic control in Hubei province and its capital, Wuhan, as well as mounting risks of transmission brought by increasing population movements and gatherings in areas outside Hubei.

It is important to continue to deepen international cooperation in battling the outbreak and give play to China's role as a responsible major country, he said.

The meeting called for efforts to stabilize foreign trade and investment and grow a more diversified international market.

Leading businesses will receive support in resuming production so that the stability of global value chains is safeguarded, the statement said.

The government will ensure the implementation of the Law on Foreign Investment and take proactive measures to help foreign businesses solve their difficulties in resuming work and production, it said.

The government will continue to ensure the smooth implementation of landmark foreign investment projects and expand the opening up of the service sector, it added.

The meeting called for continuous effort to battle the contagion in Hubei and Wuhan, the epicenter of the outbreak, with measures to beef up epidemic prevention and control inside communities and ensure that patients in critical condition are transferred to special hospitals with sophisticated levels of treatment.

The containment of the epidemic in key areas such as Beijing must be given greater priority, the statement said, adding that the coordinated control and prevention mechanism between Beijing, Tianjin and Hebei must be optimized.

It also urged stronger measures in research and development to focus cutting-edge strengths on the most pressing issues, saying that the search for the source of the virus and its transmission mechanism must be reinforced.

R&D on drugs, vaccines, testing kits and medical equipment must be closely combined with clinical treatment to ensure better coordination with the front line, it added.

It is important to promote the resumption of work and production with a region-specific, multilevel targeted approach, raise the production and supply of key resources used for containing the outbreak by a large margin and optimize the distribution of medical safety and protection materials, the statement said.

The meeting decided to increase investment in areas such as public health services and materials used in emergency response and urged quicker progress in the construction of new types of infrastructure, such as fifth-generation telecommunications networks and data centers.

It highlighted the importance of spurring private investment.