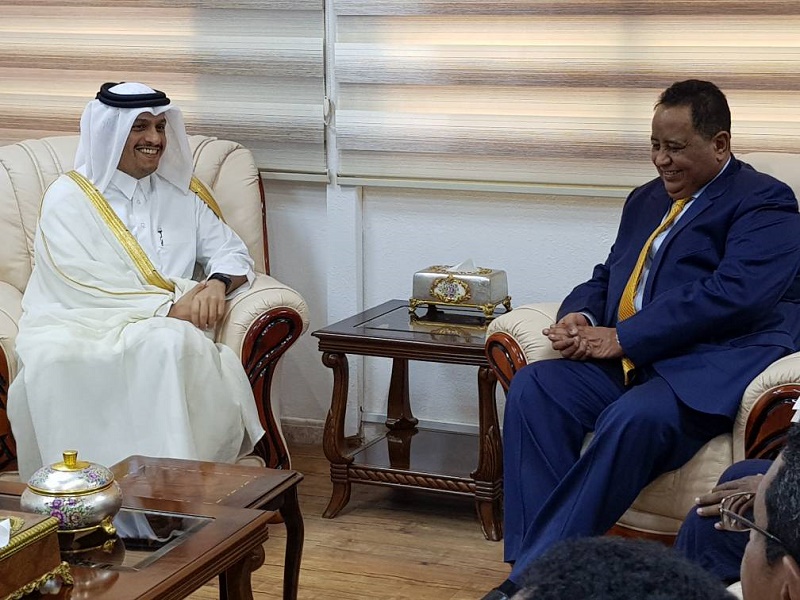 Khartoum, Mar.11(SUNA)-Foreign Minister, Professor Ibrahim Ghandour received on Sunday in his office the Qatari Deputy Prime Minister and Minister of Foreign Affairs, Sheikh Mohamed bin Abdul-Rahman Al-Thani and his accompanying delegation. The two Ministers held bilateral talks where the Foreign Minister, onset welcomed the Qatari Minister and conveyed to him Sudan appreciation to leadership , government and people of Qatar for its stances supportive to Sudan's issues . Foreign Ministry Official Spokesman, Ambassador Qareeb Alla Al-Khidir, said the talks covered programs of bilateral cooperation in various fields particularly the economic and political ones and those related to state of peace and development in Darfur . He added the two sides agreed to set up a committee on political consultation that to hold rotating meeting twice a year. He added the talks also tackled developments at regional and international levels and ways of coordination and consultation over all issues of common interest. Sa/sa