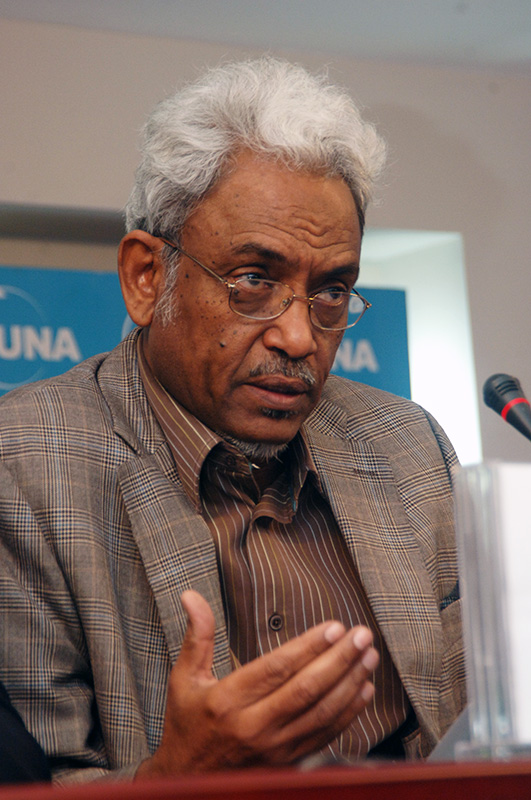 Berlin , Apr.18(SUNA)- The Germany -brokered unofficial talks between the Government and Movements of Justice and Equality and Sudan Liberation ended Tuesday evening without reaching agreement after two days of deliberation. Representative of Presidency of the Republic for Diplomatic Contact and Negotiation for Darfur Peace , Dr Amin Hassan Omer said despite the massive efforts made by mediators who brought more than a formula the movements insisted on imposing some pre- conditions. He added the two movements , before reaching agreement with them, insisted on establishment of independent mechanisms for implementation and commissions and institutions independent from exiting institutions of Doha Agreement , which , he said, means breaching the Agreement . Dr Amin said the negotiations witnessed inflexibility from side of the two movements though the government accepted all formulas forwarded by the mediation saying " it seems clear that brothers in the other sides were not ready for the step of peace with its all requirements". The informal talks at Germany 's initiative began in Berlin in presence of Head of UNAMID, Jeremiah Mamabolo , German Envoy for Sudan and South Sudan and Advisor of American Envoy for Sudan and South Sudan. Head of African Department at German Foreign Ministry also attended the opening sitting . The Representative of the Presidency for Diplomatic Contact said despite agreement was not reached but the climate and spirit of talks were good and that gave hope for reaching a common paper to be signed by the parties afterwards talks moved to official negotiations. Dr Amin affirmed, earlier in the opening sitting Sudan's resolve to build peace on basis of Doha Document for Peace in Darfur (DDPD). He noted to importance of time factor as it is connected with dialogue over constitution and requirements of making the legal framework for 2020 elections. The Sudan's delegation which was led by Dr Amin Hassan Omer , comprised Dr Mohamed Al-Mukhtar Hassan Hussein, Chairman of Darfur Peace Office, Magdi Khelf- Allah and Awad-al-Jeed Al-Bashir. Sudan Ambassador to Germany and Counsel at Sudan Embassy in Berlin, Ibrahim Osman were in attendance. As Chairman of JEM, Dr Gerbil Ibrahim with four-member delegation as well as leader of Sudan Liberation , Arko Minawi represented the side of the movements. Sa/sa .