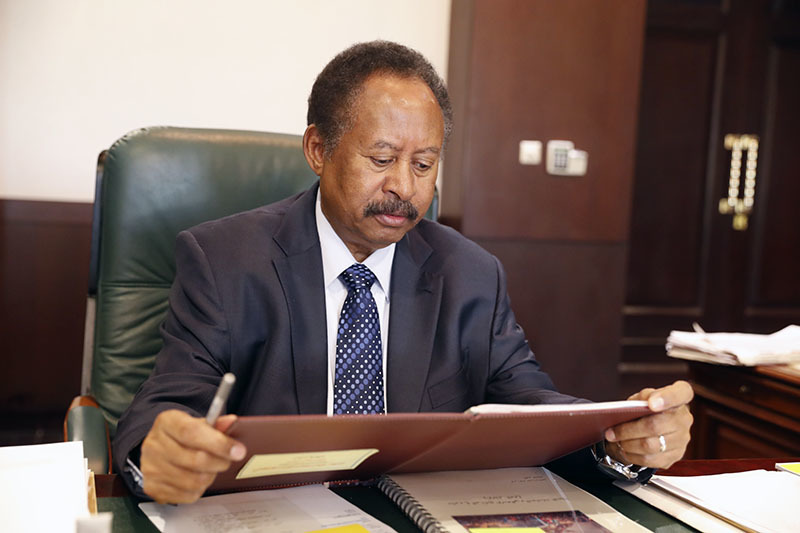 Khartoum, March.30 (SUNA)  - The Prime Minister, Abdulla Hamdouk, the current Chairman of IGAD, on Monday, presided over the Inter-Governmental Agency for Development (IGAD) Video  Summit  Conference which included Heads of States and Governments of the organization to discuss the current developments of the Coronavirus Pandemic in the region.

The Minister of Culture and Information, the Government Official Spokesman, Fisal Mohammed Salih told reporters that the summit discussed the developments of the situations in the region ,the transmission of the disease and the joint coordination among the states of the region to confront the pandemic.

The minister underlined that summit focused on the coordination between IGAD Ministers of Health and Finance on means for receiving the international support as, most of the member states are in need of the support to fight the Coronavirus, describing the pandemic as catastrophic.

“The summit, further, reviewed the collective efforts to monitor the borders and control the across-borders movement, besides, facilitating the transport of goods in the markets of the member states” He added.

The minister said the Heads of States and Governments agreed on the joint action to fight the disease.