No New Cases of Corona Recorded on Monday 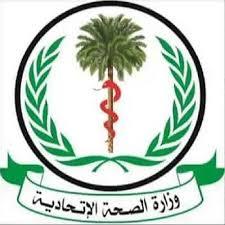 Khartoum, April 6 (SUNA) – The reports on epidemics reviewed Monday at the meeting of the technical committee for combat of epidemics at the federal Ministry of Health affirmed that no new coronavirus infections were reported on Monday, except for the previously-announced 12 cases that included the two deaths.

The reports stated that the total number of suspected cases of corona in the isolation centers in Sudan as of Sunday were 189 cases, including 24 new suspected cases.

The reports pointed out that 2,333 individuals who came from a number of countries affected by the disease via Khartoum Airport, since last January 25, are spread in a number of states and being followed-up.

The technical committee for combating epidemics held its meeting Monday and chaired by the Director of the General Administration for Emergency and Combat of Epidemics, Dr. Babiker Al-Maqboul, with participation of representatives of departments at the Ministry of Health, partners and concerned organs.