Show of Solidarity from IGAD Staff in Fight against COVID-19 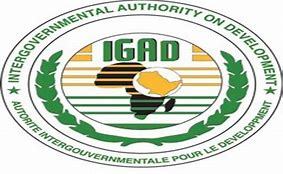 Khartoum, 6-4-2020 (SUNA) - The staff of the Intergovernmental Authority on development (IGAD) have donated some 700,000 dollars as contribution in the fight against COVID-19.

The Sudanese under-Secretary for Foreign Affairs, Dr Sidiq Abdul Aziz, on Monday received a cheque of 100,000 dollars, a contribution from the IGAD staffers for the people of the Sudan in their fight against the pandemic.

The authority has meanwhile said its Executive Secretary of   Dr Workneh Gebeyehu, on Monday handed over a cheque worth USD 100,000 to the Secretary General of the Ministry of Foreign Affairs and International Cooperation of the Republic of Djibouti, Mohamed Ali Hassan, as a gesture of solidarity from the staff members of the regional organisations towards the Republic of Djibouti in its fight against the COVID-19.

“Simultaneously and in order to mark the feeling of oneness and unity in the face of the Pandemic, similar contribution events were held in some other IGAD Member States’ capital cities today and will continue tomorrow in all the rest where IGAD staff members delegated by the Executive Secretary forwarded or will forward to the host country’s government the fruit of the financial pledges fulfilled by the IGAD staff members.” The release said.

It explained that this financial contribution which amounts to a total of 700,000 USD IGAD-wide emanates from volunteer pledges the staff members from all levels fulfilled as a means to signify their willingness to participate in the efforts aimed at protecting IGAD citizenry from the pandemic and show solidarity with the region.

In Dijbouti and during the brief hand-over ceremony at the Ministry of Foreign Affairs and International Cooperation of Djibouti, the Executive Secretary said that the staff contribution was meant to support the countries ‘get and distribute personal protective equipment’ and to support the ‘brave doctors, nurses and other healthcare workers on the frontlines of this battle and help them win’.

The release said Dr Workneh consoled the ‘friends, family and relatives of those who have passed away’, had a word of sympathy for the ‘severely ill and the families of the worst affected’. Dr Workneh acknowledged IGAD staff members for their strong sense of individual responsibility and moral duty in the given circumstances.

The Secretary General of the Ministry of Foreign Affairs and International Cooperation, Mr Mohamed Ali Hassan praised IGAD staff members for their gesture and assured the Executive and his staff of his gratitude in the name of the Djiboutian people.

Ms Bilane Ibrahim from the IGAD Internal Audit Office said she was delighted to be able to bring her support to a noble cause no matter how small or large her contribution was. 'It is good to know that each and every one of us can act at his or her own individual level to save the lives of the people we are part of', she said.

Similarly to the rest of the African continent, IGAD Member States are confronted with the Corona Virus. As of April 5, the region counted a total number of 339 confirmed cases infected with the COVID-19 and Member States have been active in educating their citizens about the pandemic and putting in place preventive and curative measures to curb the spread.

On top of the coordination and information sharing efforts it has embarked on, IGAD Secretariat organised a video teleconference for IGAD Heads of State and Government on March 30 during which the regional organisation was tasked with devising a regional response strategy in collaboration with the Ministries of Health and Finance, and the setting up of an IGAD Emergency Fund was agreed upon among other major outcomes.

IGAD counts around 430 employees active at the various duty stations across the region.