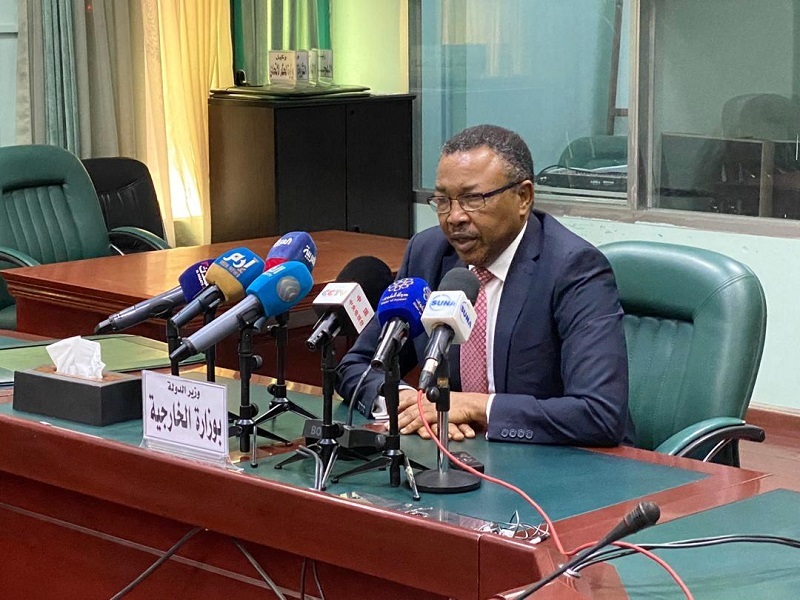 Khartoum, May.21 (SUNA) - State Minister for Foreign Affairs, Dr. Omar Gamaredeen, on Thursday, affirmed that the top priority of his ministry is to restore Sudan’s effective role in the international community.

This came during a press briefing, he gave, at the Council of Ministers in which he reviewed Sudan’s foreign policy and his ministry’s efforts to develop these relations during the last period.

The minister pointed out that Sudan and Ethiopia reached understanding over the demarcation of borders, adding that the negotiations with the Ethiopian side are progressing well, in his connection.

He denied link between border negotiations and the Renaissance Dam as, the latter has a third party, namely the Arab Republic of Egypt.

“Sudan is not neutral in the Renaissance Dam Issue, but a genuine part and its stance based on firm principle that considers the high interest of the country” He stressed.

The minister underlined that Sudan rejects line up and polarization in the issue of the Renaissance Dam, calling on Egypt and Ethiopia to resort to wisdom and return to the negotiation table as it considered the only option for solving the pending issues.