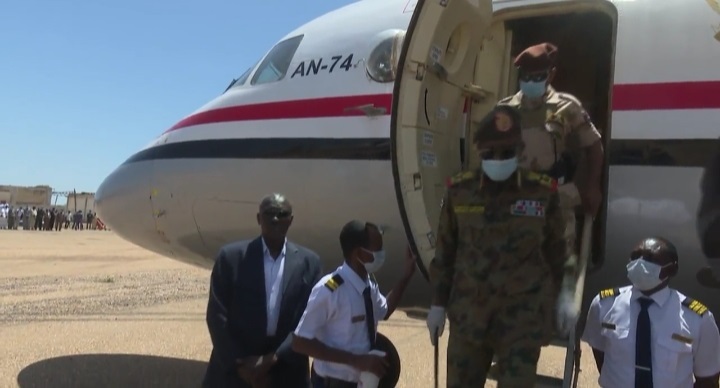 Kadugli, May 23 (SUNA) – Member of the Transitional Sovereign Council, Lt. Gen. Shams-Eddin Kabbashi, and an accompanying high-level delegation arrived in Kadugli, the capital of South Kordofan State, on Saturday to inspect the situation following the recent incidents in the state.

Lt. Gen. Kabbashi and the accompanying delegation were received at Kadugli Airport by the Wali (governor) of South Kordofan State, Maj. Gen. Rashad Abdul-Hamid, members of the state government and leaders of the native administration and the Forces of Freedom and Change in the state.

The program of the delegation’s four-day visit includes a series of meetings with the state’s government and security committee, besides meetings with the leaders of the native administration and the Forces of Freedom and Change.

The delegation will also pay inspection visits to Dilling and Abu-Jubaiha Localities.