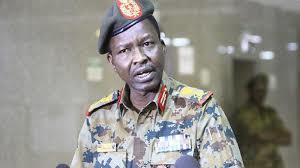 Kadugli, May 23 (SUNA) – Member of the Transitional Sovereign Council, Lt. Gen. Shams-Eddin Kabbashi, has issued a number of decisions and directives regarding the events that occurred in Kadugli city, South Kordofan State, top of them are the immediate start of collecting weapons outside the framework of the regular forces and conducting a large-scale search in this regard, reconsidering the exemptions granted earlier on the carrying weapons and holding accountable all the unruly elements of the regular forces who caused the recent events.

This came when he chaired Saturday in Kadugli a joint meeting with the government and security committee of South Kordofan State.

At the meeting, Lt. Gen. Al-Kabbashi and the accompanying delegation were informed, through a report of the state’s Wali (governor), Maj, Gen. Rashad Abdul-Hamid, on the general situation in the state, the supply of strategic commodities and the recent events in the state.

In a press statement, the Federal Government Minister, Dr. Yousif Al-Dhai, said that the delegation accompanying to the Sovereign Council member will follow up the procedure relating to the recent incidents in the state, including formation of a fact-finding committee.

Dr. Al-Dhai has affirmed the return of stability and security to the areas that have witnessed the recent events, indicating that the ties between the components of the state are strong enough to return life to its normal course.

The minister indicated that the incidents that began with theft acts and individual events were erroneously depicted, a matter which led to negative developments, calling on the citizens not give heed to rumors and sedition propagators.