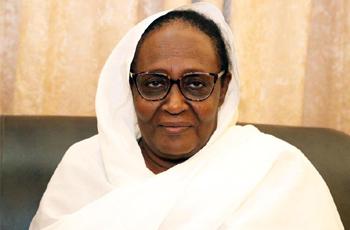 Khartoum, May 23 (SUNA) - The Ministry of Foreign Affairs announced that it has received, through the permanent mission of Sudan in New York, a draft of the Security Council resolution on the exit of UNAMID and the mechanism that would succeed it, indicating that it referred the draft resolution to each of the Transitional Sovereign Council and the Council of Ministers.

The ministry stated in a press release that the Minister of Foreign Affairs called for an urgent meeting of the ministry’s leadership which discussed the draft resolution and the extent of its response and compliance with the eight demands mentioned in Sudan’s letter to the UN Secretary General, the Chairperson of the African Union Commission and the Head of the Security Council.

The ministry stated that, after reviewing the draft resolution, the meeting decided to send a package of proposals to Sudan permanent mission to the United Nations to start immediately introducing the necessary amendments in the draft resolution, adding that the mission has engaged in extensive contacts with member states of the Security Council in this connection.

The Ministry affirmed that it will continue its direct follow-up to the Security Council’s consultations for reaching a resolution that meets the eight demands included in Sudan's letter of 27 February 2020.