Al-Mahdi warns of calling for extension of Transitional Period 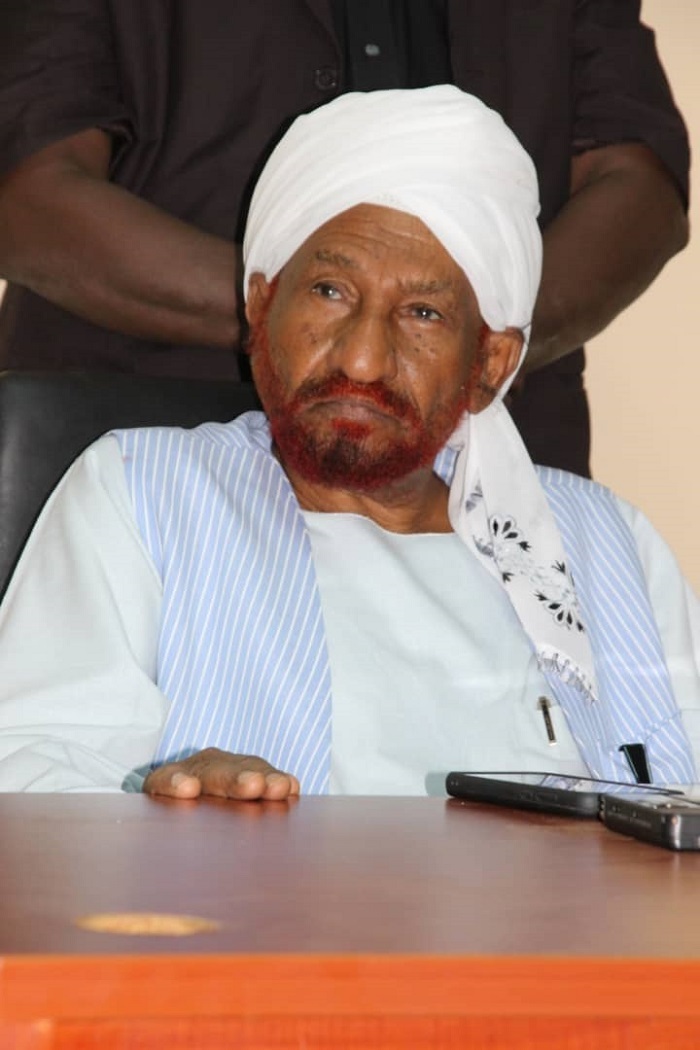 Khartoum, May.24 (SUNA) – The Leader of National Umma Party, Al-Sadig Al-Mahdi has warned against the call for extending the Transitional.

He expressed rejection to the disagreement during the transitional period, as it based on the consensus and, adding that those who believe in different ideas and ideologies should present them in their electoral programs” He stressed.

He said in sermon he delivered in his home, Sunday, at Al-Molazmine on the occasion of Eid Al-Fitr that the Sudanese revolution experience includes civil, democracy, peace, development and social justice.

Al-Mahdi underlined that the revolution constitutes a historic transit towards a new horizon and the forces of a counter revolution are definitely moving against it.

Al-Mahdi indicated that the Freedom and Change Alliance has made positive steps and realized civilian mandate in partnership with the military component, but the inherited intellectual and political reality in the country produced many challenges that we addressed in the document of the social contract.

Concerning the UN Security Council resolution under Chapter Seven on Sudan; Al-Mahdi confirmed that he would propose a memorandum, signed by all the transitional period forces, to the Security Council, Defining the role required of the United Nations.